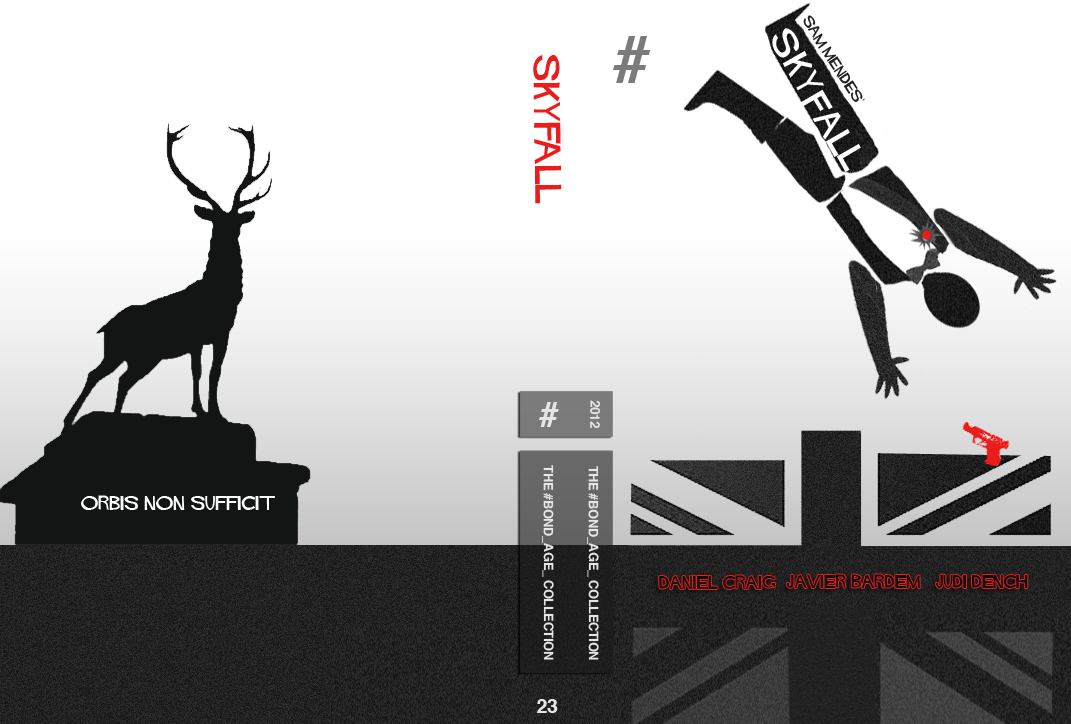 For the Skyfall #Bond_age_ Collection DVD Cover, something about that movie screamed Saul Bass to me. So I nabbed the Anatomy of a Murder body, misplaced some limbs and added some “keeping the English end up” (or rather down) touches. I chose a more classic Bond bowtie rather than Craigers’ Tom Ford suit and tie combo. But I may revise that. I also took liberties with the plaque on the estate marker. I preferred the Latin Bond family motto rather than repeating the name “Skyfall” elsewhere. 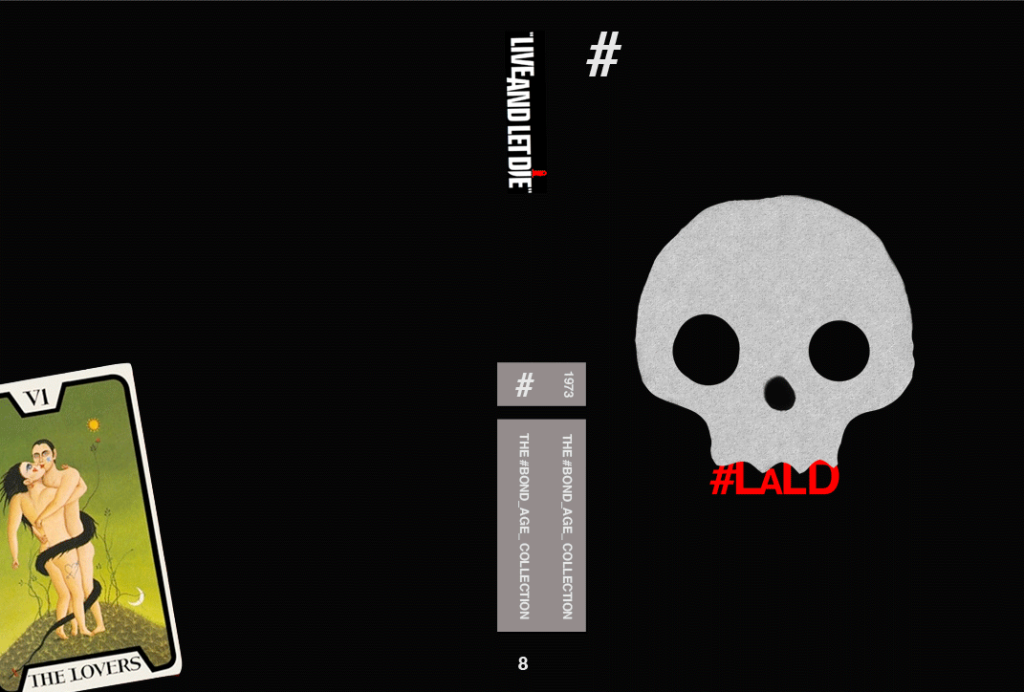 I borrowed the skull image from the Baron Samedi Swatch. See the full item here at www.007collector.com. With a little bit of tweaking, it became the perfect centerpiece for the Live and Let Die #Bond_age_ Collection DVD Cover. The tarot card on the back, of course, is the card used by Bond to fool Solitaire into breaking her indentured servitude (good psychic-in-residence gigs are hard to come by) to Kananga/Mr. Big. 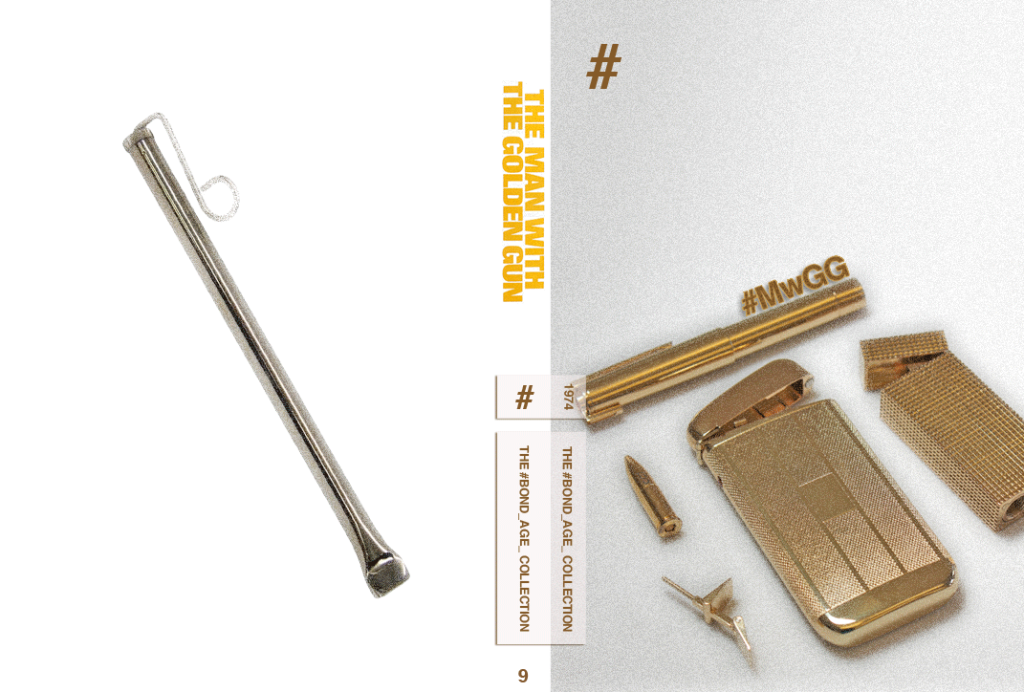 The Golden Gun is one of the most iconic props in the entire Bond series. It only seemed fitting then to break the gun down into it’s fascinating component parts (with extra 1970’s film grain!) for the custom DVD cover. Sadly, I could find no place to hide Sheriff Pepper with the back devoted to the infamous slide whistle. I’ll just have to put him on the cover of the insert book. I don’t mean to pat myself on the back (too much) for this cover but I f’ing love its simplicity. I’d thought about doing a grand homage to the Javelin Jump but I’m glad I scaled back that concept to highlight the gun. Sometimes the obvious answer really is the best. 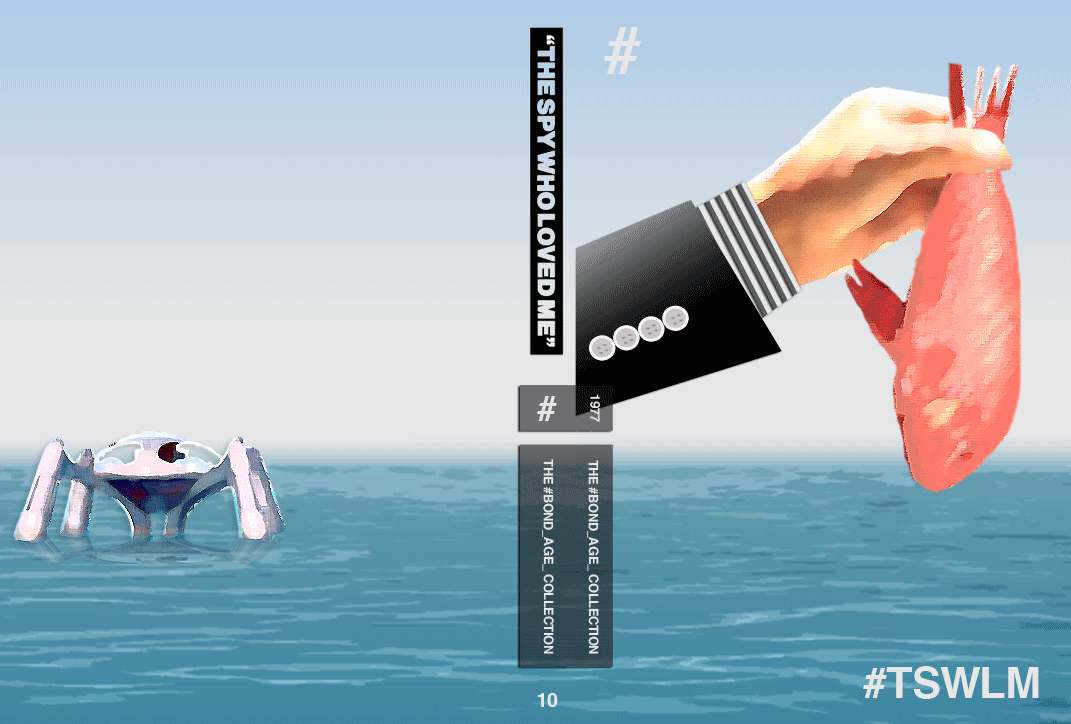 I wanted to make The Spy Who Loved Me #Bond_age_ Collection Custom DVD cover to be a little more stylized than the others. To add to this effect I created the tuxedo sleeve and pinstripe shirt using some simple shapes and angles and pieced together a couple found images of the hand and the fish. I layered a couple of different water images and added some textural layers exactly as I’d done to create the sketch-like version of Atlantis… topping it all off with a nice film grain for that always popular 70’s film stock glow. I never thought I’d analyze a paused frame of a movie for so long just to get the appearance of the fish right. It’s meticulous, I assure you. 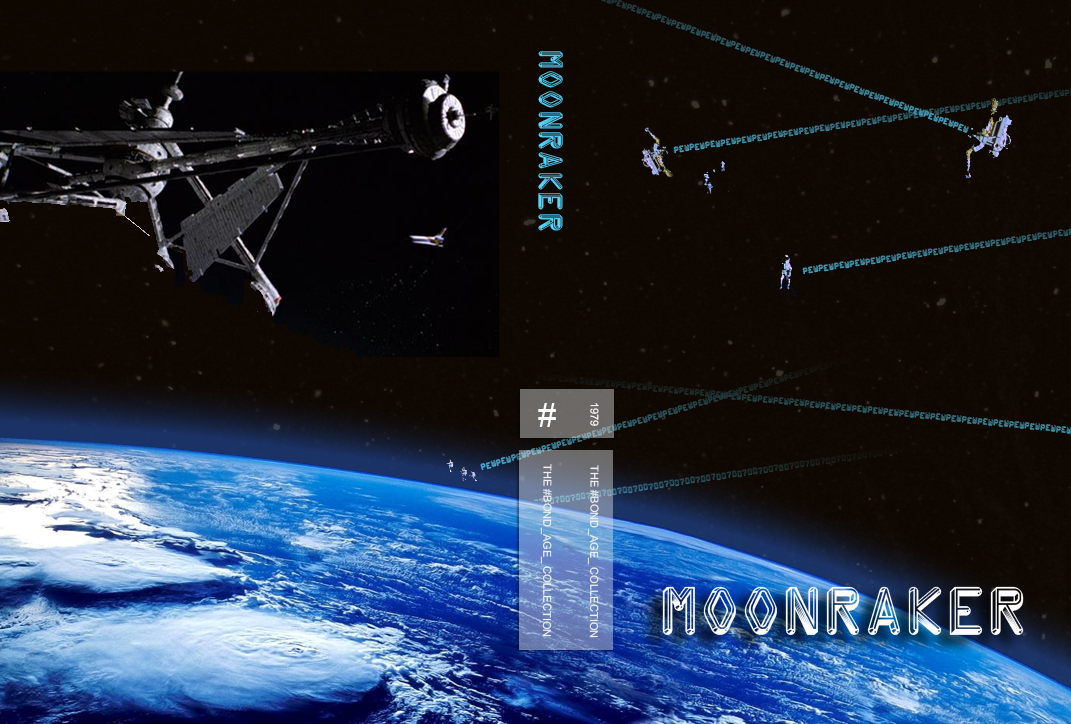 I couldn’t do a Moonraker Custom DVD Cover and not use my favorite Moonraker Live Tweet moment.

@007hertzrumble Best summary of #Moonraker ever.

So ingrained are the “pew pew pew” sound effects used during the climactic space laser battle that they had to be a centerpiece of the cover. Or, per Trevor Jost, SPACE. LASER. BATTLE. Once I figured out how to use the “pew pew pew” for the Moonraker #Bond_age_ Collection DVD Cover, the rest fell into place. I borrowed a few images from stills and found the right picture of Earth from space and that was really about it. Sometimes it’s just best not to over-think these things. My only stumble… I had a hard time picking a font. I couldn’t decide whether to go with the more traditional font used on the posters or branch out on my own. Ultimately I chose the depth of this future-ish type font (or at least the future from the perspective of the 1970’s) over tradition. 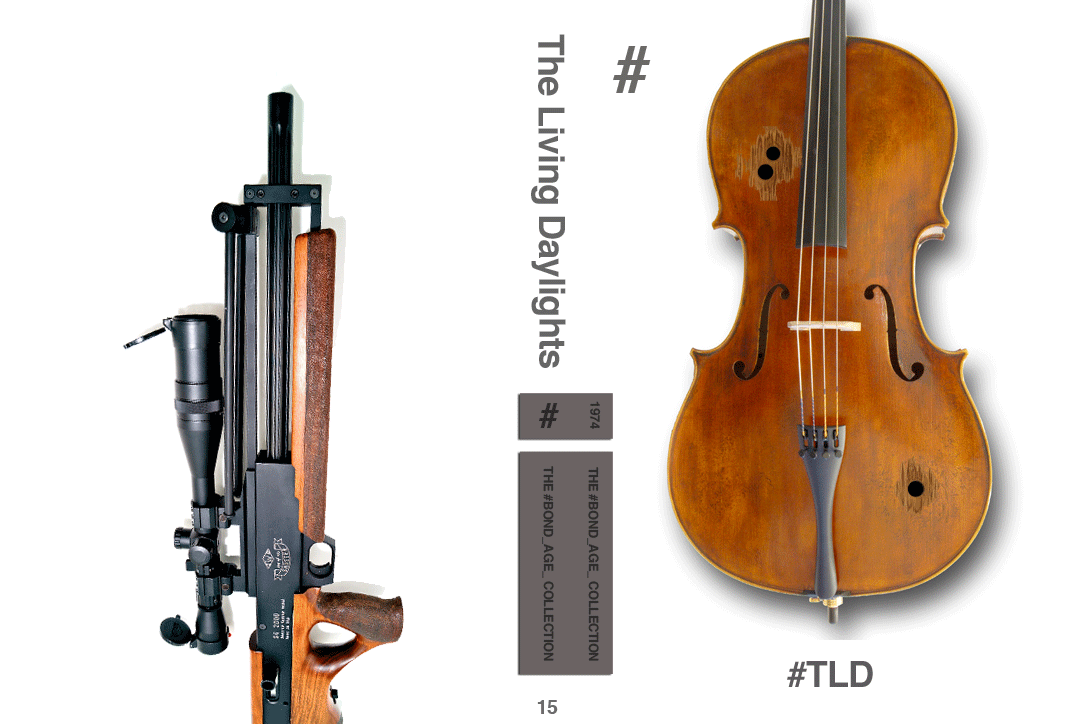 I tried out a few different ideas, but in the end I wasted a lot of time on some more intensive photoshopping because I knew I always wanted the cello. And then I tried different variations on a cello, some more abstract, black outlines on the white background, white outlines on a wood-grain background… *sigh* …and in the end, I came back to the most simple representation of all. The pairing of the sniper rifle with the cello. The two objects play such an important role in TLD that this cover almost seemed inevitable. I dig the simplicity but I yearn for more flash.