#Bond_age_ : The James Bond Social Media Project was a project conceived on and for social media. A few Tweeps and I were discussing our anticipation of the new James Bond movie Skyfall. This conversation catalyzed the review/essay series — one essay for each Bond movie. Curiosity got the better of me. How would my perception of the individual Bond films change when viewed in chronological order? Why had I never considered doing this before? What patterns would emerge in the series that I had not previously noticed? I decided to invite more people along on this journey through 50 years of Bond so I began the weekly live tweet segment of the project. One thing led to another…

About James David Patrick (aka The #Bond_age_Guy) 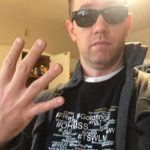 James David Patrick has a B.A. in film studies from Emory University, an M.F.A in Creative Writing from the University of Southern Maine, and an honorary Ph.D. in bullshitting about literature and cinema from the College of Multiple Pints. His writing has appeared in PANK, Monkeybicycle, Specter Literary Magazine, Squalorly and P.Q. Leer. While he does not like to brag (much), he has interviewed Tom Hanks and Daniel Craig and is pretty sure you haven’t. 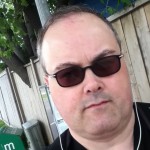 Greg McCambley has lived his entire life in Ottawa, Canada (with the occasional short trip to California to bask in its Pacificness). He graduated from Carleton University with degrees in History and Psychology. Bitten by the collecting bug as a child, he has spent the vast majority of his life collecting and reading comics, as well as pulp novels and magazines. His knowledge of films and TV is strictly self-taught. His love of James Bond has blossomed into a love of the whole 60s spy craze. His love of MST3K blossomed into a love of livetweeting. Thanks to Jay and The James Bond Social Media Project, his two loves found a place to come together. For that, he’ll always be grateful. 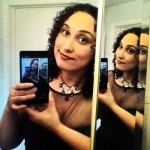 Krissy Myers, is a Toronto, Canada native, splitting her time between there and Rochester, NY. She studied Film and Broadcasting at Centennial College and has since been developing a most diversified portfolio – from writing, performance and photography. Krissy co-hosts The Chronic Rift Podcast, providing commentary on all matters film, television and comics. In her spare time she curates a Tumblr Page dedicated to her favourite Bond Actor aptly titled “Fuck Yeah, Roger Moore.” Her real life, grown up photo work and drunken social media commentary has appeared in major Canadian news publications such as The Globe And Mail and Maclean’s Magazine.

Follower her on Twitter at @krissy_myers.
Join her in Roger Moore worship at FUCK YEAH ROGER MOORE. 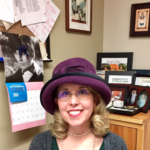 Pamela Fallon Thornley has always loved movies and can quote both Gone With The Wind and Star Trek: The Wrath of Khan equally. Television has also been a welcome escape, and has decades of knowledge on the subject. She curates and hosts the #Bond_age_TV Remington Steele live tweets. She lives on the east coast of Canada in the beautiful city of Fredericton and adds to the growing collection of #Bond_age_ Canadians.