This essay on Quantum of Solace is the 22nd essay in a 24-part series about the James Bond cinemas. I encourage everyone to comment and join in on an extended conversation about not only the films themselves, but cinematic trends, political and other external influences on the series’ tone and direction. 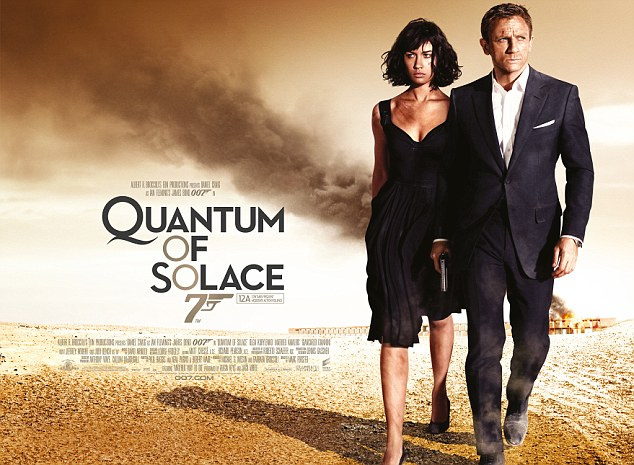 “On Quantum, we were fucked.”

Any conversation about Quantum of Solace must return to the WGA strike. It’s not just that the strike left production with a script found lacking – it’s that there wasn’t a script so much as a bare-bones outline. The “script” for Quantum of Solace has become such a scapegoat in the supposed failure of the film that its ribald villainy overshadows the film’s actual villain, Dominic Green (Mathieu Amalric). So what happened with that screenplay?

Let’s start with what we know.

2. Production scrapped another outline developed by Paul Haggis when Foster signed on, causing a last-minute rush to develop a new screenplay. But I’ve also read that Michael G. Wilson and Barbara Broccoli nixed the Haggis concept. If that were the case one would assume the story wouldn’t have been abandoned and rewritten at the 11th hour.

3. Zetumer arrived on the set during production to do polishes immediately following the resolution of the Writer’s Guild strike but does not own a credit on the film.

4. Their experience on Quantum caused 5-time Bond scribes Purvis and Wade to state that the film would be their last Bond film, but Purvis and Wade haven’t to my knowledge discussed publicly what happened. Craig and Forster don’t acknowledge them in the process. If you read the interviews around the release of Quantum of Solace, you’d never know they were involved, if not for the credits. They talk only about Zetumer and Haggis.

5. In more recent interviews (during Skyfall pre-release press), Craig and Forster have said that they developed the final concept on set during filming based on a second narrative outlined by Haggis and turned over hours before the strike. This is a shift from their statements in 2008 that claimed the script was “fine,” prior to the start of filming of Quantum.

6. Nobody seems to agree publicly about how the Quantum of Solace shooting script came to be. END_OF_DOCUMENT_TOKEN_TO_BE_REPLACED

My Favorite #Bond_age_: Quantum of Solace by Array Jackson

Fools Gold and Pools of Blue: Color Symbolism in Quantum of Solace 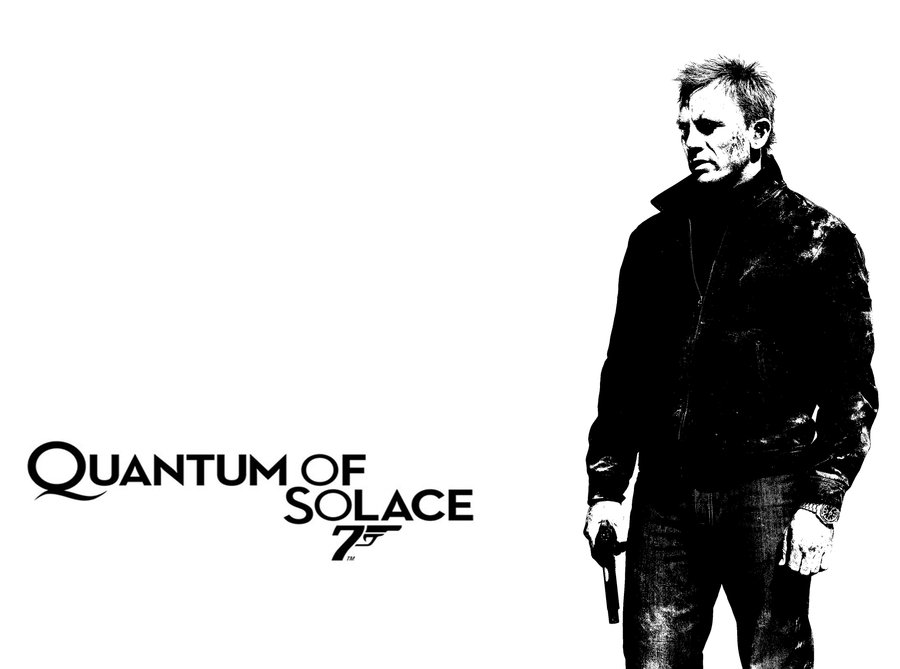 Beyond the surface is my unknown

But could I reach the elusive destination?

If I stepped inside would I ever know I was there?

Is it possible to transcend

to crack the surface

to submerge the impenetrable barrier

Into your vibrant pools of blue…

I can’t get the image out of my head.  Larger than life. Vast. Deep. Breathtaking… The most amazing shade of blue. Can it be only a coincidence? I don’t think so. I’m flooded with theories about Quantum of Solace.

I honestly can’t remember if I saw Quantum of Solace in the theater; it’s more likely I first picked up bits and pieces on cable. So when I sat down to watch it in preparation for this essay, I knew I’d already seen something of it, and unfortunately I’d heard a lot—a whole lot of negative. But I went into this project positive, determined I was going to find something in the film of immense richness, digging below the surface if necessary. If you will, I was questing for gold. And I found it. As a matter of fact about a quarter of the way into the film I was overwhelmed with gold. And then black. And suddenly that vibrant, poetic blue. I asked myself:  what the heck does all this bold color have to do with the plot? My ultimate answer: everything. END_OF_DOCUMENT_TOKEN_TO_BE_REPLACED