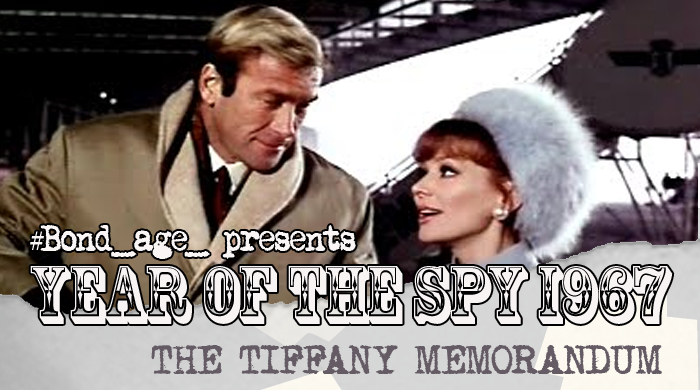 I’ve long promised more Ken Clark after the success of the Dick Malloy 077 trilogy live tweets. For those unfamiliar with Ken Clark, the chiseled wonder, he was an American B-movie actor (Attack of the Giant Leeches) who wandered across the pond to make Eurospy films in Italy. Ken Clark is humorless at face value, but his character never fails a few subtle nods and winks to the audience that suggests he knows exactly what he’s doing.

Ken Clark is a #Bond_age_ legend — one I hope more viewers will come to embrace through 1967’s The Tiffany Memorandum.

The Tiffany Memorandum reunites Ken Clark with his Mission Bloody Mary and From the Orient With Fury director Sergio Grieco. The film was a co-production between Italy, West Germany and France. Set in Berlin, Dick Hallan (Ken plays another Dick!) a journalist for the Herald-Tribune gets mixed up in international politics and unfortunate coincidences. I’m not going to claim this is Ken’s best work (because we all know it’s Special Mission Lady Chaplin), but it’s ripe for Live Tweeting and starts Ken Clark. I don’t need anything else. And neither should you.

Join #Bond_age_ for the live tweet of the Tiffany Memorandum on Wednesday, March 9th at 9pm ET. Follow #Bond_age_ hashtag. 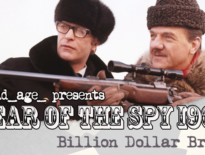