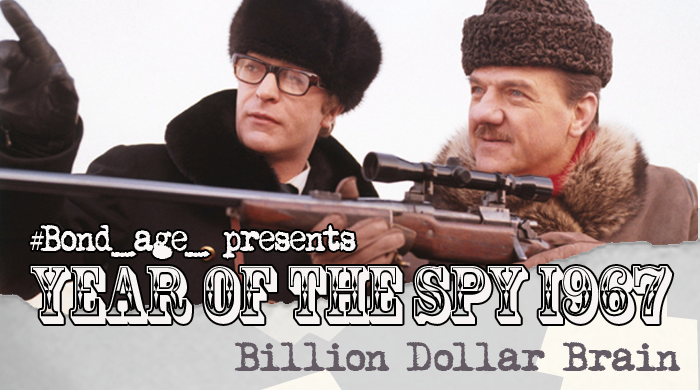 This works because A) Harry Palmer movies are not especially beholden to each other; B) Billion Dollar Brain is the most Bond-like of the bunch; and C) I said so.

The Billion Dollar Brain was directed by Ken Russell, marking the controversial director’s only outing as a mainstream director-for-hire. It’s an odd fit for the director, but some of the auteur’s flamboyant touches remain even filtered through the pop-culture spy craze.