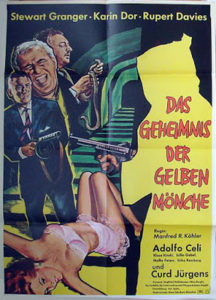 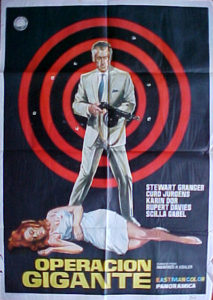 Target for Killing was another choice selection from The Eurospy Guide. Stewart Granger makes his second ‘Year of the Spy – 1966’ appearance, which will excite fans of his Agent Silver Foxy Jimmy Stewart mojo.

I could talk at length about Granger’s performance in Target for Killing — which for some reason I find absurdly entertaining — but that’s not the attraction here… by a long shot. It’s not even the obscure shooting locations like Mahgreb and Yugoslavia or the director who’s not even famous enough to have his own Wikipedia page. The Austrian/German/Italian production co-stars three Bond vets. Curd Jurgens of The Spy Who Loved Me, Adolfo Celi (Thunderball, Danger: Diabolik) and Karen Dor (Helga Brandt in You Only Live Twice). Fun, right? Three #Bond_age_ villains together! Well the fun doesn’t stop there. Check out this next photo: 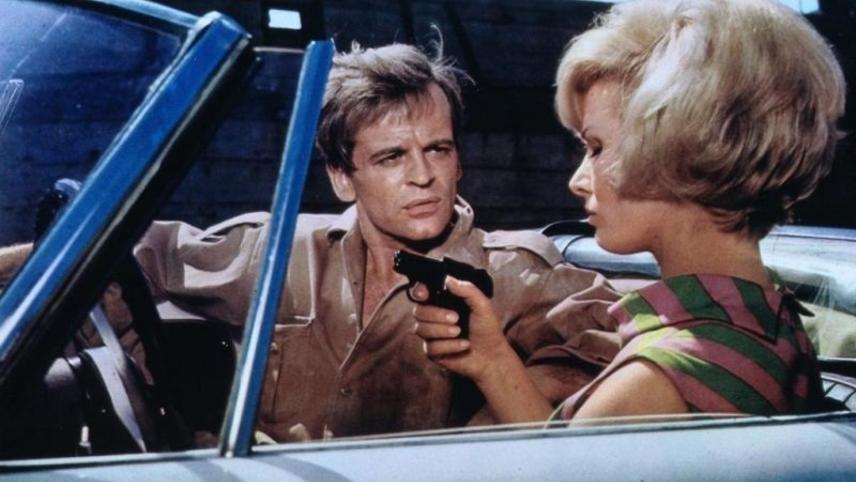 That’s right. THE Klaus Kinski makes his #Bond_age_ debut this Wednesday. Now you’re f’ing excited. SO MUCH CRAZY IN ONE PLACE! If you’re not excited yet, the killer title credit sequence appears below.