This week marks the beginning of a ‘Year of the Spy’ live tweet film festival to which I’ve been looking forward for some time. In the wake of James Bond’s global and overwhelming success everyone began churning out knockoffs to capitalize on the phenomenon. The years of 1966 and 1967 represented the creative pinnacle of the genre before falling off the table at the end of the 1960’s. From bigger “name” productions like The Quiller Memorandum, Our Man Flint, Murderer’s Row and Modesty Blaise all the way down to the international budget productions (like many of the films I’m going to share with you over the coming weeks), producers figured out what made these genre films appeal to a broader mainstream audience, even if they weren’t all the competent in execution. They weren’t always great cinema — but they were usually pretty damn entertaining. 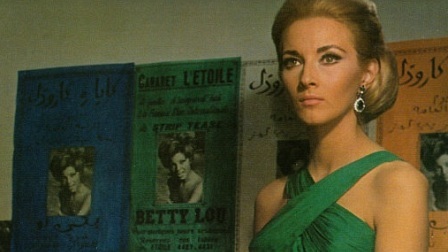 Requiem for a Secret agent offers us a unique passport to 1960’s Morocco. And more Daniela Bianchi (From Russia with Love). That should be reason enough to watch. Stewart Granger suggests Jimmy Stewart as a secret agent. A veteran U.S. Secret Service agent must thwart a global conspiracy, a rather conventional narrative by Eurospy standards. The film opens with a Bond-inspired (rip off?) credit sequence with a bullfight projected onto a gyrating woman while she performs a striptease, and that summarizes all you need to know about Requiem for a Secret Agent before viewing.

I’ll provide the embed for the film on Wednesday. I ripped one from a full screen Sinister Video VHS tape, but the colors (or lack thereof) proved to be a disaster. Luckily I found another version of the film on YouTube that offers a widescreen presentation with far more vibrant colors. The colors arrive at the expense of watching around Korean subs. I’ll take the Korean subtitles.

You can view the entire 1966 YotS schedule here.

Join us on Wednesday, September 28th @ 9pm for the Requiem for a Secret Agent live tweet. Follow #Bond_age_ hashtag. Supplement with #YotS66. 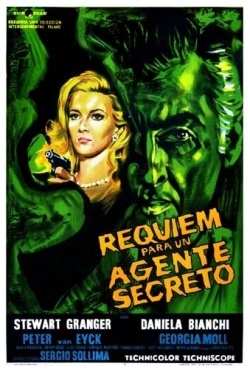