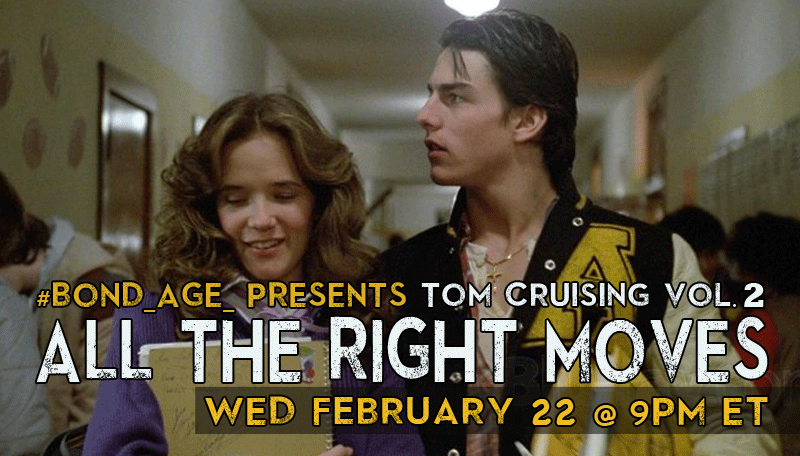 And you thought we were done with our little Tom Cruise fascination. Tsk tsk. You know better than to underestimate our obsessions. After the Risky Business / Cocktail double feature last year followed by all of the MIssion: Impossible outings our appetite has only been sufficiently whet. Tom Cruise’s filmography is both deep and worthy of much twatter.

This week, #Bond_age_ revisits Tom Cruise’s second leading role — and his second of 1983. Released in October of that year (only months removed from Risky Business), All the Right Moves failed to rival the box office success of Risky Business but nevertheless further promoted the ascending movie star.

All the Right Moves received mixed reviews, but most were bullish on the Tom Cruise content. Perhaps my favorite quote comes from Richard Corliss of Time, who called it a “naive little movie (that) hopes to prove itself the Flashdance of football.” If that doesn’t sell you on the potential for a #Bond_age_ live tweet, there may be no help for you. Though, I’ll try. Copious amounts of Lea Thompson and Craig T. Nelson auditioning for his role on Coach.

This boat’s leaving shore. Time to hop on board another pleasure cruise — destination: Ampipe, PA.

Dig out your Ampipe #33 jersey and join #Bond_age_ for the All the Right Moves Live Tweet on Wednesday, February 22nd @ 9pm ET. Follow #Bond_age_ hashtag. 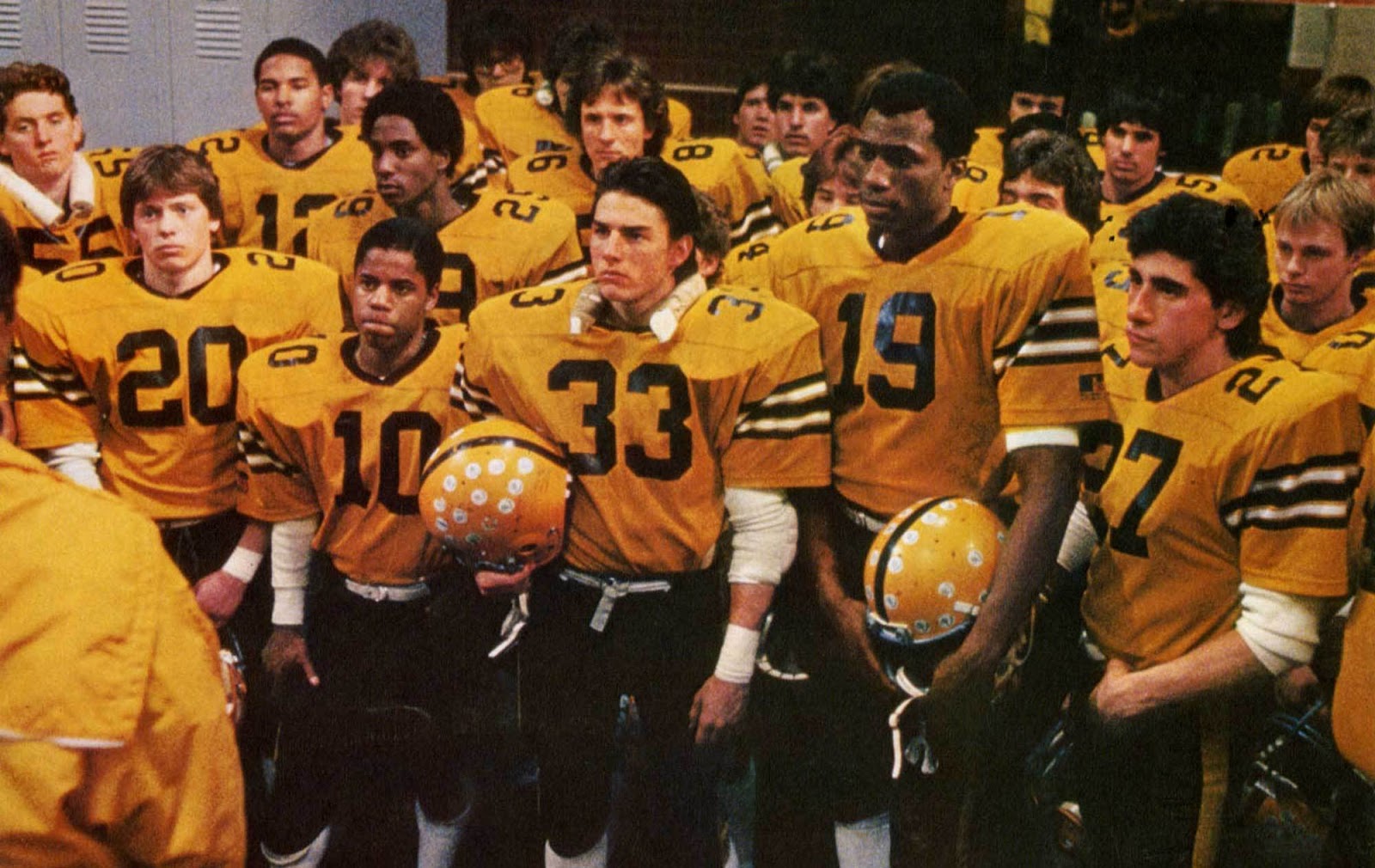