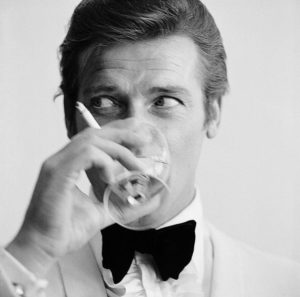 I may have started #Bond_age_, but no man was more important to #Bond_age_ than Roger Moore. He may not have known we existed (maybe he did — one can dream), but he fueled this project from the very earliest weeks of its inception. Today, I’m just one of a million voices paying tribute to Sir Roger Moore (or Party Moore as he was referred to around the #Bond_age_ HQ water cooler). And like many of you, I’m heartbroken to learn that great Roger Moore has passed away at the age of 89 in Switzerland after a short battle with cancer.

When I first decided to undertake this project in 2012, I’d just intended to write a weekly blog entry on a small literary magazine website about the James Bond movies. A short time into the planning, I considered the benefits of live tweeting the movies along with the essays. I thought the live tweets would help direct my writing and offer some ideas about the direction of those words. The first live tweets for Dr. No through Goldfinger consisted of me live tweeting Bond facts to one, maybe two other friends of the project. After Goldfinger I wanted to quit the live tweets. I felt like I’d thrown a party and nobody came.

After Goldfinger, I took a holiday break to regroup and recalibrate. I came to a decision. I would continue the live tweets at least through Live and Let Die. If a Roger Moore Bond film couldn’t energize a live tweet, there just wasn’t any reason to do it. I didn’t have to wait that long, however. Starting with Thunderball, our live tweet traffic escalated significantly. And this was good. But it wasn’t until the The Spy Who Loved Me and Moonraker live tweets that #Bond_age_ found its identity through a regular core of fun-loving and snark-filled patrons that recognized the folly but still embraced the joy Roger Moore brought to our screens — not entirely unlike Roger himself — sometimes self-deprecating, always keenly aware of the importance of being an entertainer.

By any standard he was a fine actor, but a greater star — oozing charm and charisma from every one of his perfect pores. His appeal, however, transcended James Bond or Simon Templar. Roger Moore welcomed the affection of his fans, never once showing any regret about the time he spent in the tuxedo. He made time for everyone, making regular signing appearances to raise money for his humanitarian efforts, meeting fans, remaining accessible and vibrant through his 80’s, a regular fixture on Twitter.

He embraced the good with the bad and never publicly spoke a negative word about anyone (some veiled ones, perhaps — just read his brilliant autobiographies). Everyone loved Roger Moore because Roger Moore loved everyone. When eulogizing Roger Moore, one cannot overlook his many humanitarian efforts for organizations like UNICEF, Children in Need, Epilepsy Action, and dozens of others too numerous to name here.

But we’re gathered here together as fans, united by our love for a shining personality in a bespoke suit… or an Amazonian safari outfit. Today we mourn, but we also celebrate the man. The quick wit, the hinged eyebrow, the kind heart, the true British gentleman.

Tonight I will raise a glass of bourbon in honor of Roger Moore’s specific and unique contribution to James Bond. To honor a man that has brought all of us so much joy. I hope you will join me and post a picture of your toast on social media. Tag it with #AToastToRogerMoore. 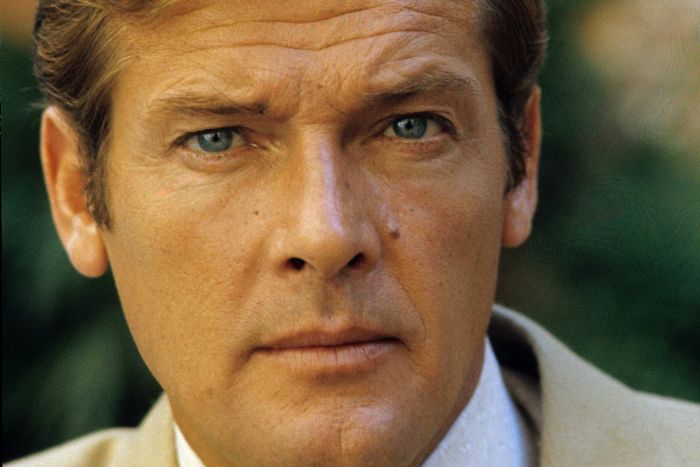 by 007hertzrumble time to read: 3 min
Blog The Man with the Golden Gun Christopher Lee Memori…
0