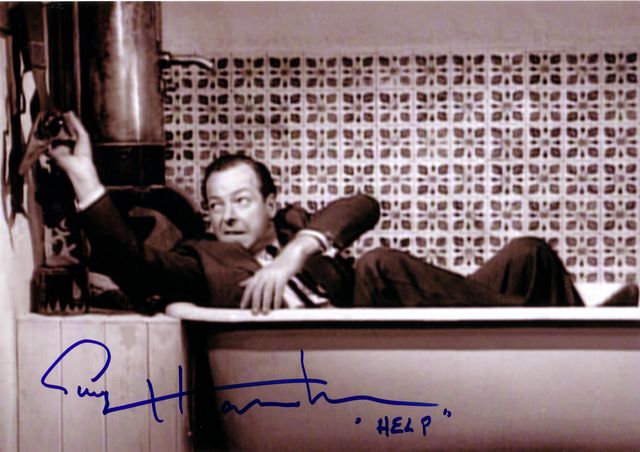 Guy Hamilton in the Goldfinger tub.

I might be conflicted about Guy Hamilton’s contributions to the Bond series, but he was intermittently a mighty fine director (and from what I hear a wholly standup fellow). Many might not know this, but Cubby wanted Guy Hamilton to direct Dr. No. Hamilton declined, but Cubby continued to consult with the director about the tone and look of the series throughout pre-production.

It was Hamilton that took one look at the humorous elements Cubby wanted to inject into the film (making the villain a monkey, for example) and told him to start over, to return to Ian Fleming’s text for inspiration. I give more credit to Terrence Young for creating cinematic Bond, but Guy Hamilton was an indispensable part of the whole.

Hamilton directed four Bond films overall (Goldfinger, Diamonds Are Forever, Live and Let Die and The Man with the Golden Gun) in addition to Funeral in Berlin (one of the Harry Palmer films starring Michael Caine) and another #Bond_age_ favorite, Remo Williams: The Adventure Begins.

Guy Hamilton was also the original director of Superman (1978), but had to relinquish the post to Richard Donner because the production moved to Pinewood Studios at the 11th Hour. Since Hamilton was at the time a tax exile he could not ultimately direct the film.

He began his career as an assistant director to Carol Reed, working on films such as The Fallen Idol and The Third Man. Quite an impressive resume builder.

Guy Hamilton passed away Wednesday at the age of 93 on the Spanish island of Majorca, where he also lived. 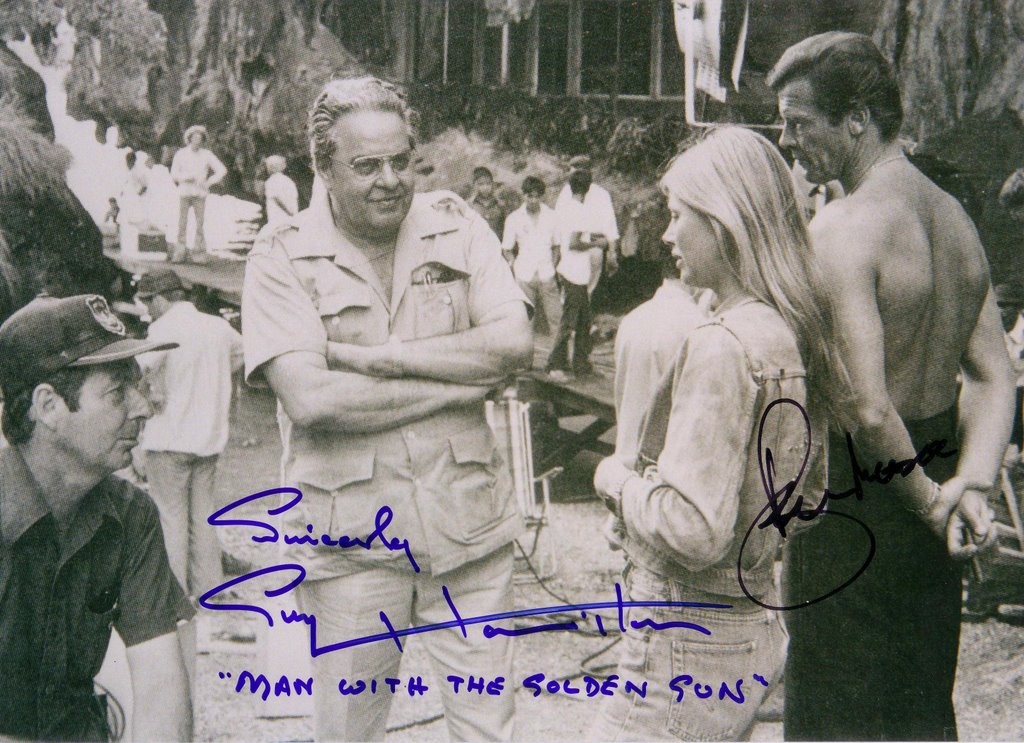 Guy Hamilton on the set of The Man with the Golden Gun, alongside Cubby Broccoli, Britt Ekland and Roger Moore.