Midway through Moonraker, James Bond (Roger Moore) and Dr. Holly Goodhead (Lois Chiles) board a tram to take them to the bottom of Sugar Loaf Mountain in Rio de Janeiro. A certain towering and infamous henchman disrupts their journey by jamming the tram’s gears in the engine room. When James Bond climbs out of the tram to get a better view, the henchman bites through the cable with his steel-belted teeth and boards another tram heading towards our stalled hero.

Goodhead responds, “Do you know him?”

“Not socially. His name’s Jaws. He kills people.”

In another moment, Jaws appears opposite Bond on the other tram car. The two exchange knowing smiles before engaging in high-wire fisticuffs over the Guanabra Bay.

Bond’s line “His name’s Jaws. He kills people.” serves as a perfect introduction for 007’s most formidable and only repeat non-Blofeld adversary. After all, this is also all the audience knows about Jaws as well. No backstory. No circuitous ties to Bond’s past. Only murder and the relentless pursuit of James Bond. He’s succeeded in dispatching all of his targets (Bond excepted, of course), often brutally. In The Spy Who Loved Me he quite literally bit a man to death.

Audiences love to hate a great villain. From these conflicted emotions emerges a conundrum. The audience secretly hopes that neither our hero nor our villain will ever truly be beaten. We come to love the pursuit more than the hope or expectation of victory.

James Bond has always fought a colorful cast of villains. While the smooth and sophisticated British agent of espionage remains the face of the franchise, the Bond movies have always relied heavily on the creative guile and menace of Bond’s adversaries. A great James Bond film must have great villains.

Goldfinger (1964) has long been a series benchmark, but look at the film more closely. James Bond makes a series of unfortunate decisions that lead to his repeated capture and exploitation. He’s not even directly responsible for saving the day — that job fell to Pussy Galore. But we gloss over Bond’s failures and the film’s narrative vagaries because Goldfinger boasts the series’ most iconic pair of baddies in Auric Goldfinger and his henchman, the hat-tossing Oddjob. It’s James Bond’s cat and mouse game between these two villains that makes the film an essential. Also, Pussy Galore. But we’re here to talk about specific villainy, not about single entendres.

To trace the roots of Jaws (played by the late Richard Kiel), one must start with that imposing Korean (Japanese wrestler Harold Sakata). Aside from his skill at tossing a metal-rimmed bowler hat, Oddjob also proves to be an unstoppable physical presence. When he and Bond do battle in the Fort Knox finale, Oddjob throws Bond around like a rag doll. Bond tosses a gold brick that bounces off the henchman’s chest like Styrofoam. A block of wood to his face results only in a wry smile. It’s clear that Bond cannot best Oddjob physically. Bond instead defeats Oddjob by testing the brute’s knowledge of electrical resistivity and conductivity. 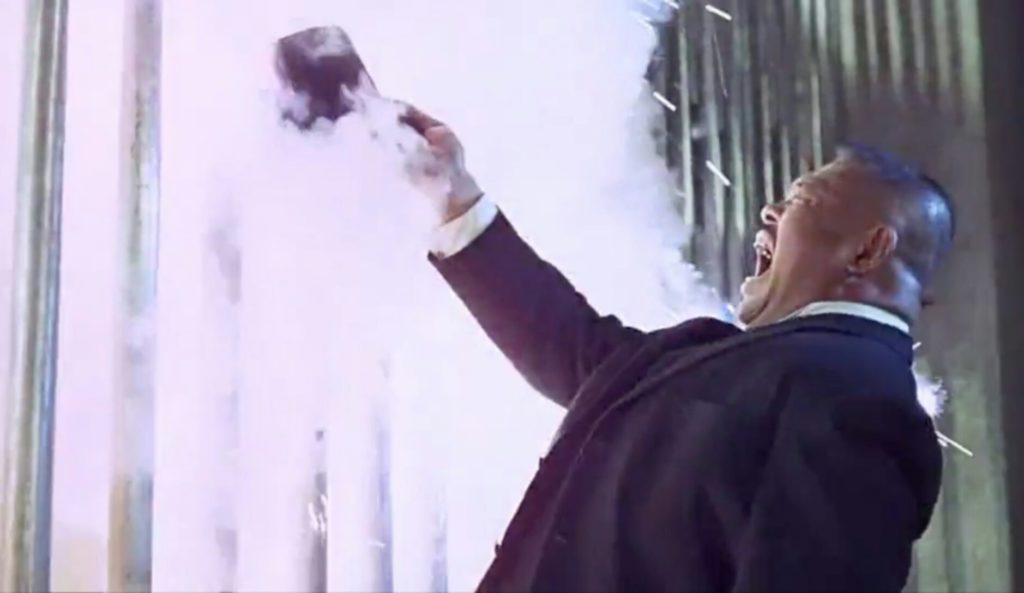 The kind of cartoonish superhuman physical prowess displayed by Oddjob would not return to the Bond series until 1977’s The Spy Who Loved Me, the debut of Jaws as Karl Stomberg’s hired assassin. Jaws showcases the same immunity to physical pain, the same brand of insurmountable strength displayed by Oddjob in Goldfinger. Like Oddjob, Jaws also does not speak – at least until the very end of Moonraker, but we’ll return to that in a moment. Jaws also one-ups Oddjob in the iconic prop department. Instead of an aerodynamic bowler hat, Jaws comes pre-packaged with steel teeth. Less old-timey class, more immediate medieval menace.

“Every good villain has a good henchman, of course. The most memorable of all has to be Jaws, as played by my good friend Richard Kiel.” Roger Moore, My Word is My Bond

In the Bond universe, the main villains, as the brains of the operation, employ henchmen to do their dirty work. While they scheme and manipulate from remote, secluded lairs and fortresses safely removed from confrontation, the hired henchmen confront Bond on the frontlines. Bond henchmen come in all packages, from the 3’10” Nick Nack (Herve Villachaize in The Man with the Golden Gun) to the 7’2″ Jaws, from voodoo loa Baron Samedi (Geoffrey Holder in Live and Let Die) to the erotophonophliac Xenia Onatopp (Famke Janssen in GoldenEye). 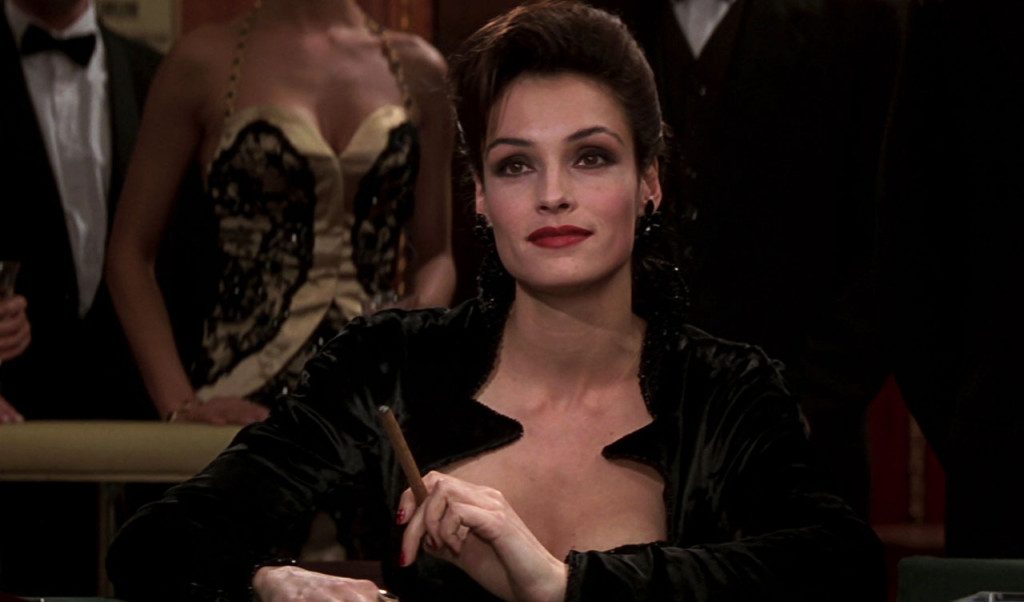 Just an excuse to post a picture of Famke Janssen in GoldenEye. (1995).

In general, Bond villains are maniacal erudites with aim of inciting global chaos. While the broad modus operandi of the primary villain rarely wavers, their henchmen take on varying degrees of creative eccentricity. In only a few of instances during the series’ half-century run, has the villain overshadowed his caricatural henchmen — especially during Roger Moore’s tenure as James Bond, when producers became increasingly more inventive, freed from the creative restrictions of Ian Fleming’s original texts. There’s nothing inherently entertaining about rote hyper-intellectualism (Moonraker‘s Drax proves to be the most notable exception); therefore, the henchmen, as the front line of defense against James Bond, become the means by which the series innovates villainy.

Bond must overcome both intellectual and physical obstacles. The henchmen function not only as an immediate menace and physical threat to 007, but also the ways by which the series differentiates between base coat primary villains in the traditional Bond formula. Case in point: if someone asks you to rank your 10 Favorite Bond villains, how many on your list are primary villains and how many are henchmen?

Jaws proved to be so big and so bad that Cubby Broccoli rewrote the end of The Spy Who Loved Me to allow Jaws to return in a future entry. Originally, Richard Kiel’s 7’ 2” Jaws was to have drowned at the end of that film; instead Jaws pops up from the ocean, untarnished, and keeps swimming. Roger Moore remembers vividly that the audience at the premiere of The Spy Who Loved Me cheered when Jaws rose up from the water. He said, “That raised a round of applause… especially from the youngsters.”

Obviously, nobody in the audience would have wished for the demise of James Bond, but the notion that this spectacular adversary would live to fight Bond another day excited moviegoers. He had been Bond’s combative equal. Though Bond had won the day, he could not best Jaws. Due to Cubby’s tremendous foresight regarding Jaws’ potential popularity, The Spy Who Loved Me provided the opportunity for a return trip, but it also created a logistical problem for the James Bond creative team.

Jaws could not become a permanent fixture, yet The Spy Who Loved Me and the first half of Moonraker had suggested Bond could never ultimately defeat him. (He fell 10,000 feet into a circus tent and walked away!) They also didn’t want Jaws to meet his demise at the hands of Bond. The “youngsters” would certainly be disappointed. As a result, Moonraker employs an infamous shift in character — Jaws not only turns against Drax, his boss, in order to help James Bond but he does so for the love of a bespectacled girl in pigtails. For the record: she doesn’t have braces.

For many Bond fans, this 180-degree shift in character from indomitable villain — to gooey love muffin became an unforgivable offense. Undermining the character of Jaws in this manner was like making Darth Vader retire from the Empire in order to join the ASPCA. When audiences cheered for Jaws’ survival, they could not have imagined this particular outcome. Most Bond fans ameliorate this disappointment by treating the Jaws of The Spy Who Loved Me and the Jaws of Moonraker as two different characters. How else can one assimilate unconscionable evildoing and towering slapstick clowning into the same character?

For better and worse, the Bond franchise has been a slave to popular opinion since its rise to blockbuster status. Moonraker stands as a testament to the dark underbelly of writing and creating cinema based purely on anticipated audience demand. Bond producers wanted to capitalize on the Star Wars phenomenon. Hence Bond in space. Likewise, Bringing Jaws back in Moonraker strictly for the fans, rather than letting him swim off into the sunset, created a no-win scenario. Unless you discuss Jaws with the children of 1979.

Criticizing Moonraker or Moonraker‘s rebranding of Jaws perpetuates a prosaic argument. Accepting the film as an exercise in testing the outer boundaries of the Bond formula, however, becomes rather liberating. The murderous henchman named Jaws remained in the world of The Spy Who Loved Me — the baddie that carries out executions without remorse, the towering, immovable mass of humanity that easily could have been the end of James Bond. But as we well know that’s not quite the end of the Jaws story.

One of the most certifiably bonkers moments in all of James Bond. The murderous giant rushes to embrace the love of his life.

Jaws utters his one sentence at the end of Moonraker. When he says to his new girlfriend, “Well, here’s to us,” we’ve witnessed the complete dismantling of James Bond’s indomitable foe. James Bond would certainly approve that Jaws had given up the chase for a girl. However false this outcome feels to the objective viewer, it falls in line with the Moonraker carnival of absurdities.

Moonraker was made, in part, for those kids that cheered Jaws’ survival. While it’s easy to dismiss the value of such absurd escapism, it’s much harder as a cynical adult to embrace the wide-eyed optimism where anything becomes possible — where a beloved but murderous assassin falls in love, gets the girl and helps Bond saves the day. As a result, Jaws accepted a certain duality that made him both terrible and lovable. Richard Kiel’s character endures now more viscerally because Jaws has become both classic villain and lasting childhood nostalgia. 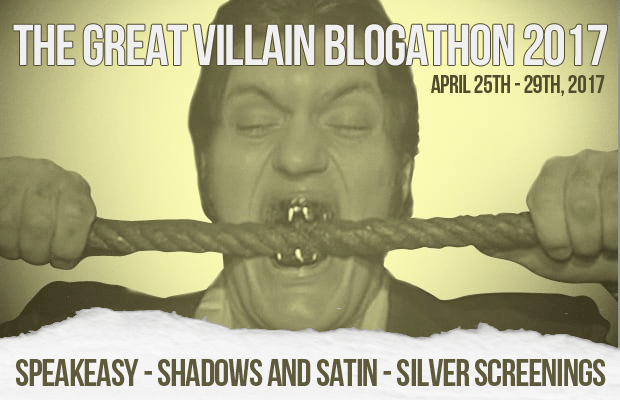