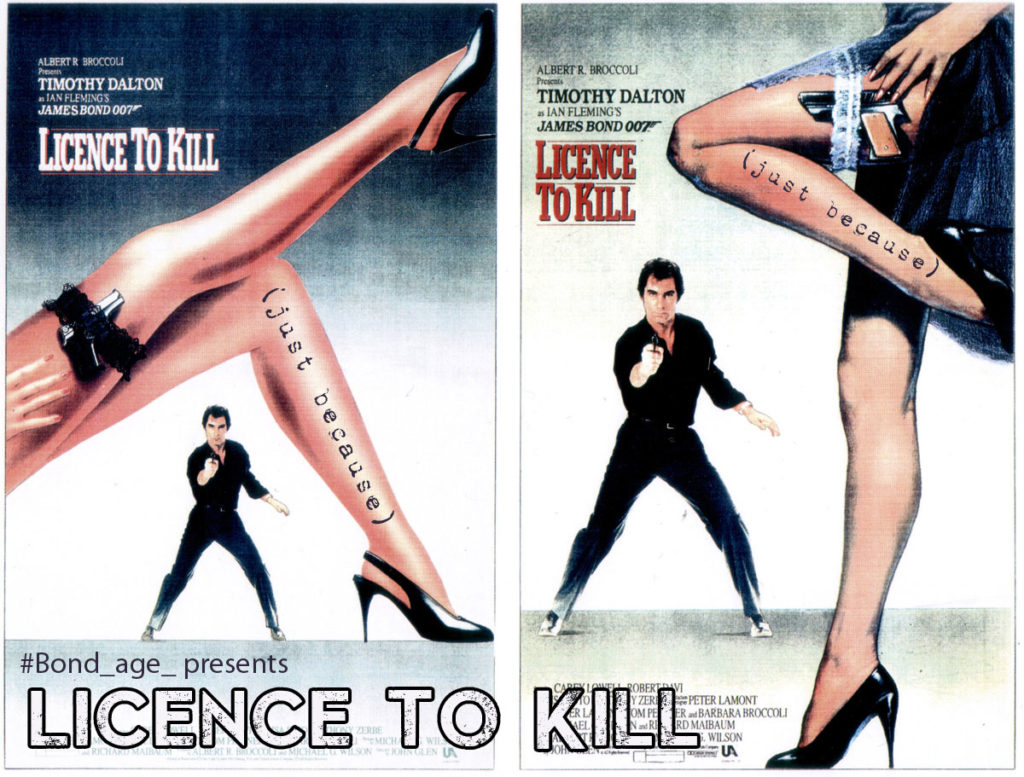 At a certain point early this year when I plotted out all the Bond anniversaries, I had a brain gaffe, a cloud perhaps, and listed Live and Let Die as old old 45er. As we all know, Roger Moore starred in Live and Let Die during the great year of 1973, not 1972. So.

That left an opening this week among three other Bond-versaries. I’d moved all the other regular programming around to make June an old fashioned month of #Bond_age_. No Tom Cruising. No Ladies Nights. No Year of the Spy. So when I suddenly had an opening, I consulted the #Bond_age_ viewers enjoying their slice of the 30th Anniversary The Living Daylights Live Tweet. Unanimously the entirety of Twitterdom called out “We want more Dalton! Let’s watch Licence to Kill next week!”

I say we just do Licence To Kill next week so you, @aaronreynolds and I can run amok of the place. #bond_age_

Okay, so it was two people and one of them, Krissy Myers, has a corner office at the #Bond_age_ volcano lair. (We tell her it’s a corner office, but since it’s a volcano it’s pretty clear to everyone that there are no specific “corners”.) How could I deny such high volume demand for more SMOLDER!?! I would never turn down more Smolder. I would never turn down Carrie Lowell. Nor Robert Davi’s iguana. Or Benicio’s “Honeymooooooooo….”

So this week join #Bond_age_ for the LICENCE TO KILL (just because) live tweet on June 28th @ 9pm ET. Follow #Bond_age_ hashtag. An embed for LTK will reside of the site for viewing. Also, worth noting: all future #Bond_age_ live tweet programming will be housed at www.thejamesbondsocialmediaproject.com/programming. <—Bookmark that page!