I’ve wanted to do a live tweet series honoring the women of Bond for some time. Since there are millions of women marching and protesting all over the world today, I’d like to bring a small show of support to the table this week through our #Bond_age_ live tweet. 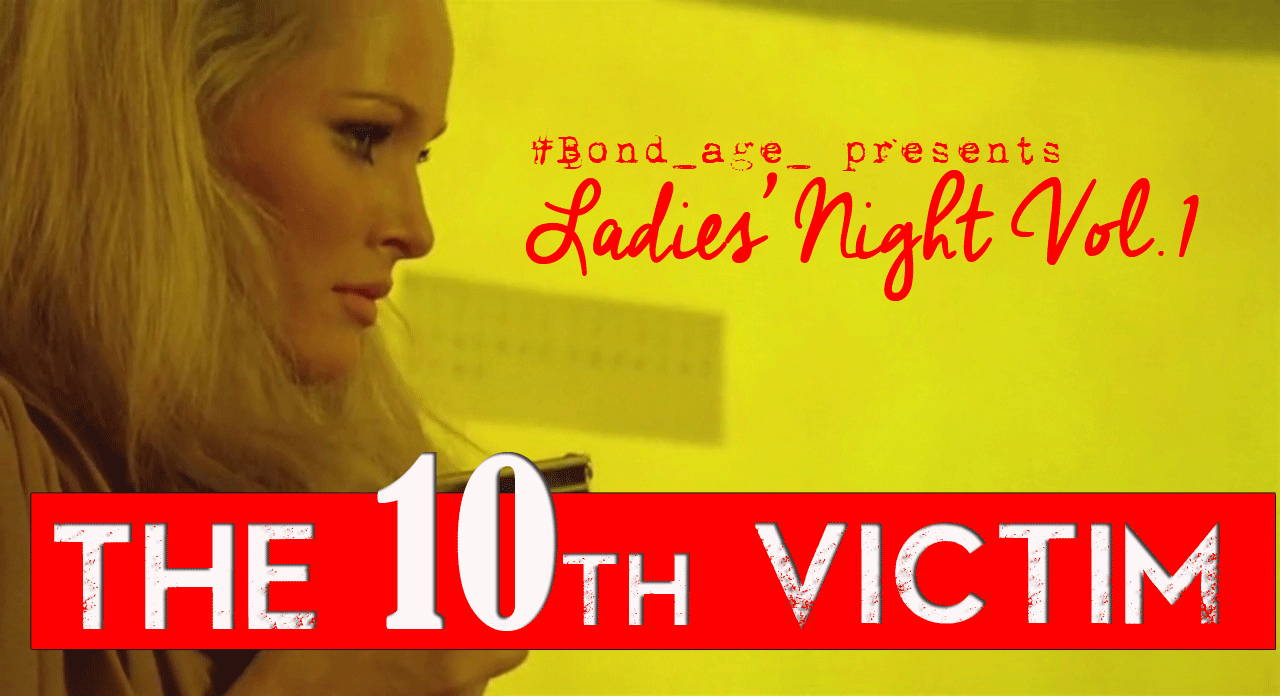 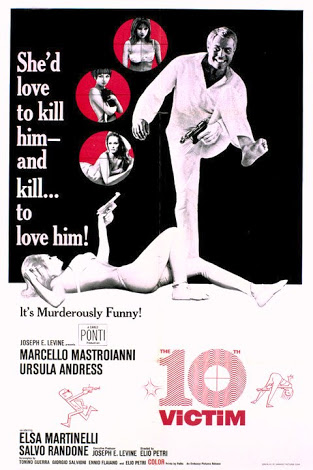 Let’s start at the beginning.

Few women in the Bond canon are as iconic as the great Ursula Andress — the first official “Bond girl,” Eunice Gayson, excepted. But Ursula the actress is overshadowed by the image… and the white bikini. Far fewer recognize that Andress had a very successful career in the 1960’s outside of James Bond and established herself in both comedy and drama, action and spectacle.

While there are a handful of Ursula Andress films I’d like to show, I keep going back to arguably the best, Elio Petri’s The 10th Victim, a clever and occasionally scathing 1965 Italian satire co-starring the great Marcelo Mastroianni.

Within the first 5 minutes, 10th Victim offers up Ursula Andress in Go-go boots and a Fembot-caliber brassiere. She’s executing her “hunter,” a Japanese businessman who gets a little too handsy with a masked stripper he doesn’t recognize as his “prey.”  Thus begins this proto-entry in the Running Man/Hunger Games/Battle Royale line of satirical sci-fi takes on uber-violence in popular culture. Only this one is groovy, full of kitschy costumes and comically elaborate assassination attempts (Catapults! Alligators!). 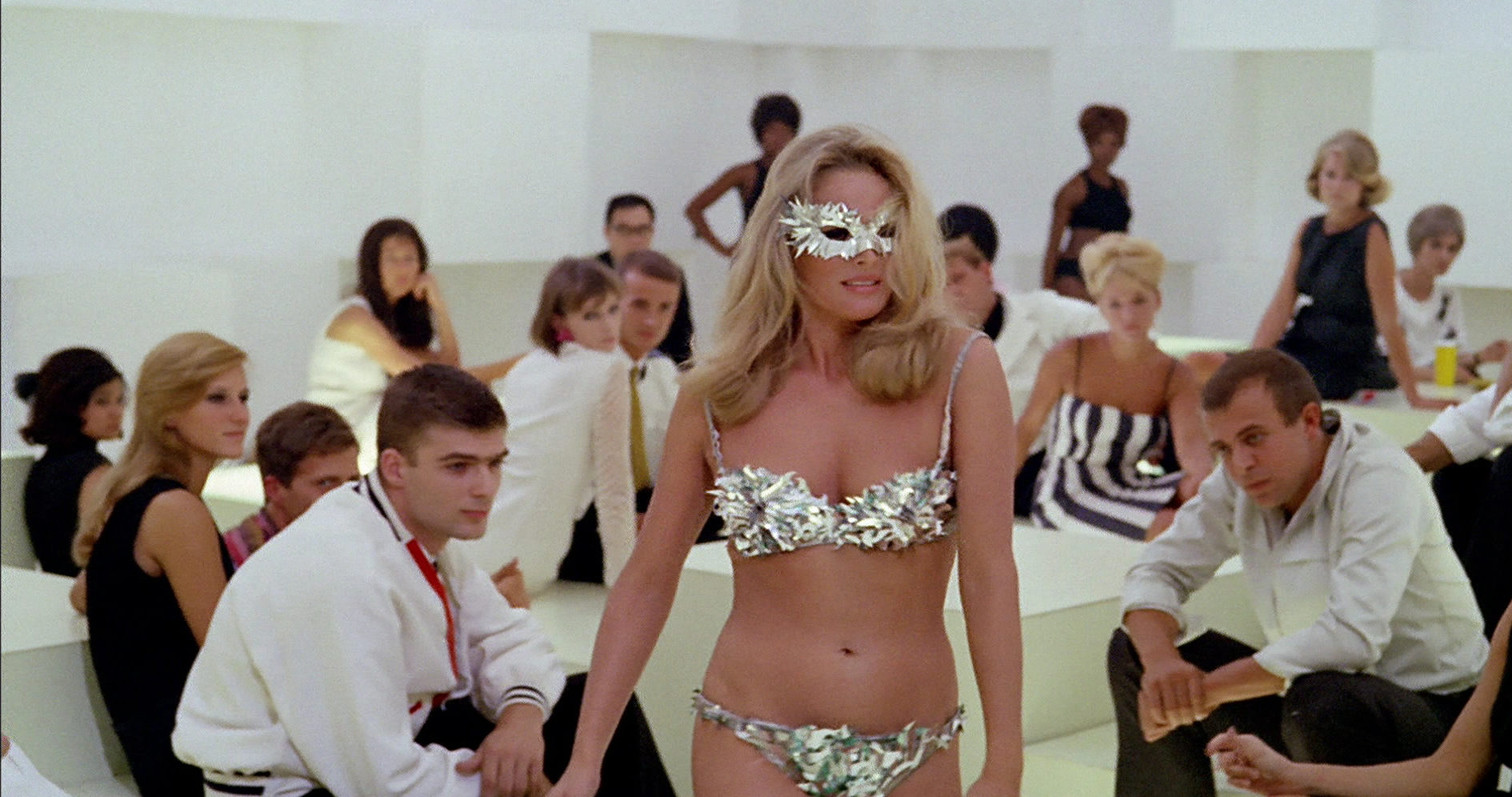 While modern examples of the genre emphasize blood and brutality to make social or political statements, 10th Victim exaggerates for laughs. Regarding the more strict rules about where hunters may kill their pray, Marcello (Marcello Mastroianni) laments that Americans can kill anywhere while Italians are forced to abide by a no church, no barbershop code. A random kill/chase scene with two arbitrary contestants culminates on the steps of a memorial building. The policeman that confirms the legitimacy of the kill lauds the victor for the theatricality of his pursuit and then hands him a citation for illegal parking.  As viewers we’re trained to anticipate the elements of a film like the 10th Victim to culminate in uneasy violence and aggressively unfunny satire. Petri’s film, however, is a contemporary farce wrapped in a dystopian package that cares far more about showmanship than hammering home any specific ideology.

There’s a darker underbelly to the film that Petri never foregrounds. For example, Marcello hides his parents, presumably because the government, hell bent on population control (the impetus behind “The Hunt”), would make them disappear should they know where to find them. 10th Victim undercuts the horrible nature of this realization by using Marcello’s parents to interrupt a scene of awkward seduction. They emerge from behind a pop-art wall that slides away with some beep boop beep sound effects to take a peek at the copulation. 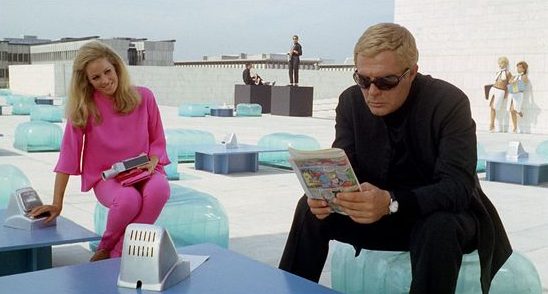 There’s some criticism over the atonal performances by Mastroianni and Andress. Yet it is their dire seriousness that amplifies the vortex of nonsense around them. They need to be deadly serious to ground the film. We, the viewer, are intended to watch 10th Victim (or any of these meditations on government-or media-sanctioned murder) and consider the absurdity of society’s predisposition toward violence. 10th Victim has dared to make a farce out of the horror. 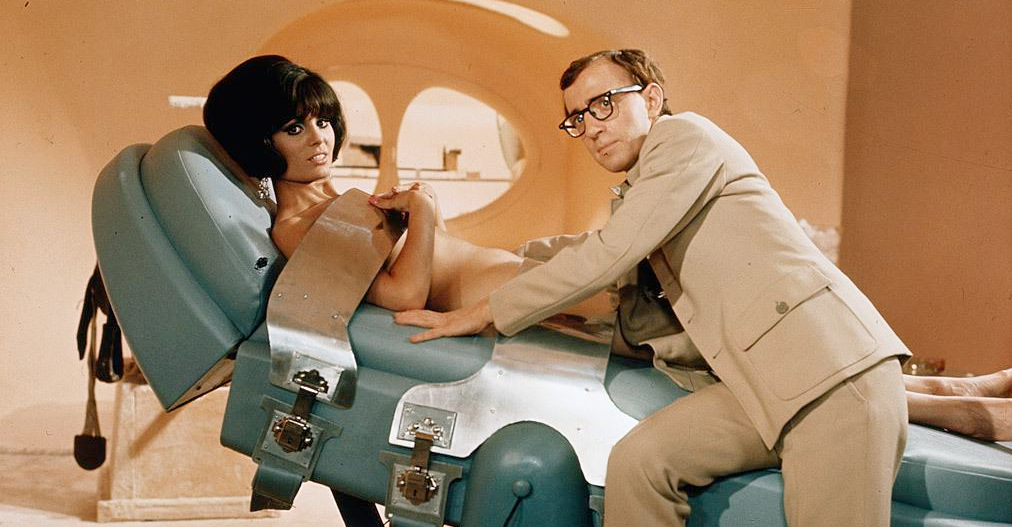