We all love Greg. We love that Greg hops on the Interwebs and shares his wit and wisdom with us though this wonderful device called Twitter. After I cancelled the final ‘Year of the Spy – 1966’ Retrospective Live Tweet due to dwindling interest in the series, Greg asked if he could take over the evening with his own live tweet. Of course! By all means! Make the evening yours. And quite frankly if I’d known beforehand that it was his birthday I’d have just given him the night to begin with.

For his Happy Funtime Birthday Bash Live Tweet, Greg has chosen another edition of #Bond_age_ South of the Border.  Your feature for this evening is the 1973 feature Karla contra los jaguares directed by Juan Manuel Herrera. Based on the small blurb I read about the film, it seems that this particular feature aims to clone the early Bond narratives! Viva la Mexico.

The embedding feature for this film has been disabled. Bummer. That means you’ll have to link on over to YouTube to view the film. 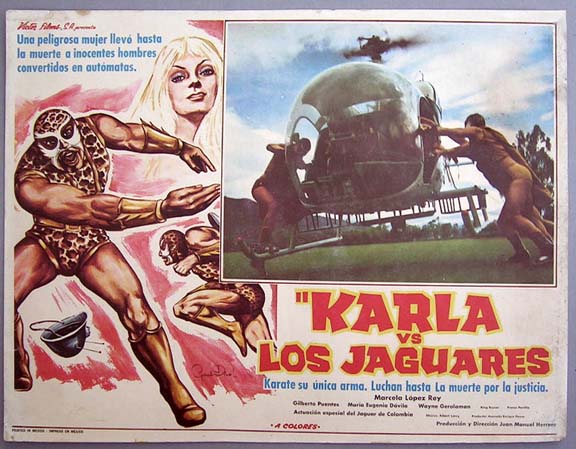