I’m going to be straight you people. I often try to sugarcoat these matters, but not today.

A couple of years ago @GregMcCambley, @TRWilcox live tweeted Deadlier Than the Male and ya’ll *T%#%$ing missed out. It’s the sad truth of the matter. The three of us had one of the finest #Bond_age_ evenings in the history of #Bond_age_ and unless your name is Greg or T.R., you weren’t there. When I recall my fondest evenings live tweeting movies with the #Bond_age_ crew, I always cite the Moonraker Wraparound (Pew. Pew. Pew anyone?), that Skyfall live tweet (when we pretty much had everyone that’s ever twattered Bond), and that sparsely-attended Deadlier Than the Male. 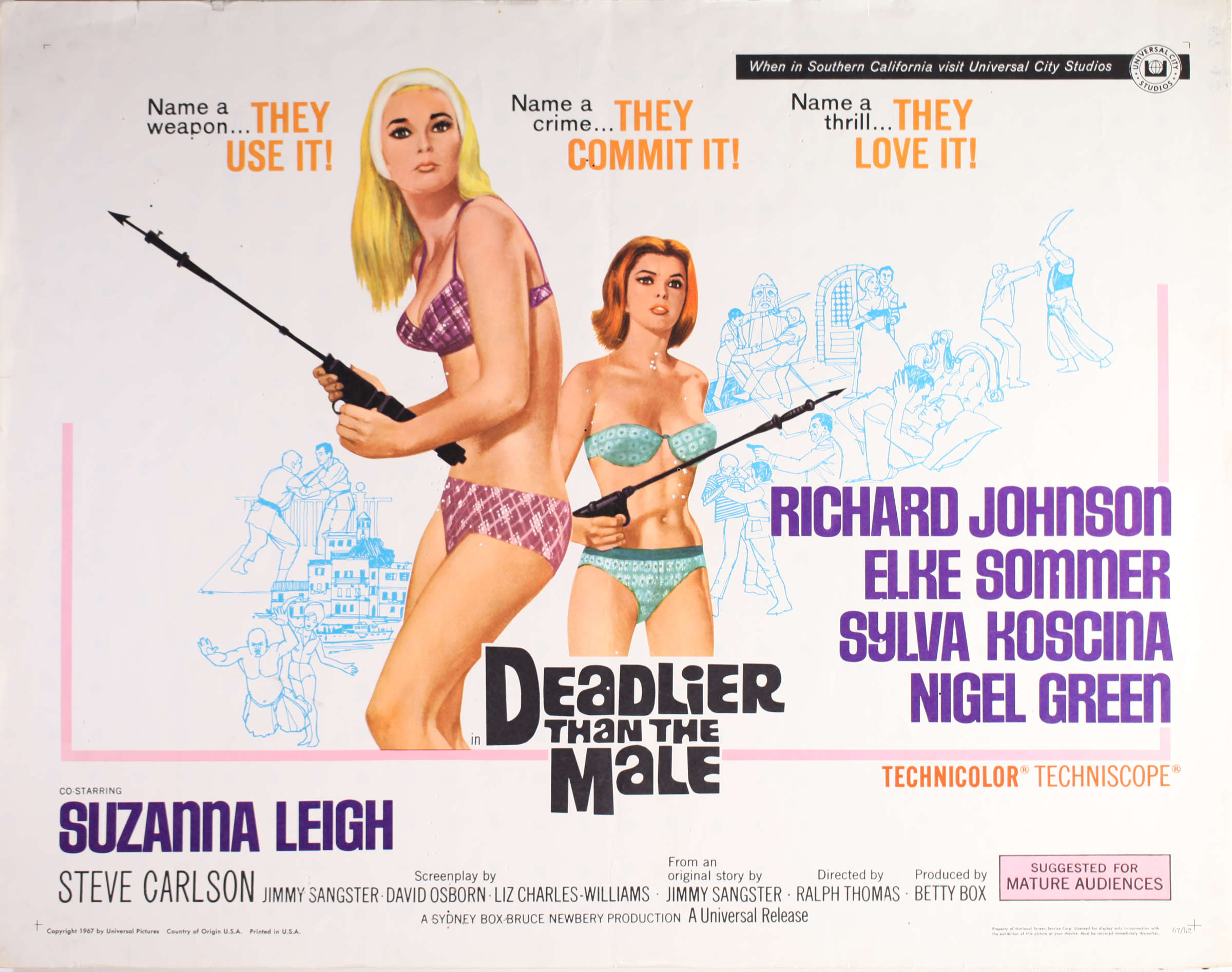 I’m giving everyone a chance to make amends.

Deadlier Than the Male resurrects the old Captain Hugh “Bulldog” Drummond character for the 1960’s. The war veteran/sleuth/gentleman adventurer first appeared in the novel Bull-Dog Drummond in 1920, the creation of author H.C. McNeile. Bulldog Drummond has endured through page, stage, radio and screen. 1922 saw the first of 23 Bulldog Drummond films. At one point in 1933, even Alfred Hitchcock was set to direct a film in the series called Bulldog Drummond’s Baby — but when the British rights holders refused the sell the rights to screenwriter Charles Bennet for use in the film, Hitchcock went ahead with the script, but without the beloved character. That script became The Man Who Knew Too Much.

Played by Richard Johnson (The Haunting) in this resurrection, the retired war hero Bulldog Drummond now finds himself an insurance investigator hot on the tail of two femme fatales played by #Bond_age_ favorites Elke Sommer and Sylvia Koscina. Plus (bonus!), Bulldog’s American nephew tags along for the case.

The film’s title comes from the Rudyard Kipling poem “The Female of the Species” and also refers back to an earlier Drummond novel called The Female of the Species. As a blatant attempt to capitalize on the new Bond craze with an old, familiar character, Bulldog Drummond has clearly been cut from a more James Bond-like mold. Though, one could easily argue that Bond was first carved out of the Bulldog Drummond character. So it goes.

Released in 1967, we’re celebrating the film’s 50th anniversary by bringing Deadlier Than the Male back into the #Bond_age_ rotation. And giving you, the #Bond_age_ viewer, a chance to right the egregious wrongs of live tweets past.

Join #Bond_age_ for the live tweet of Deadlier Than the Male @ 9pmET on Wednesday, May 17th. Follow #Bond_age_ hashtag. 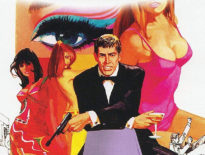 Impostors! The Deadlier Than The Male Live Tweet Digest
0