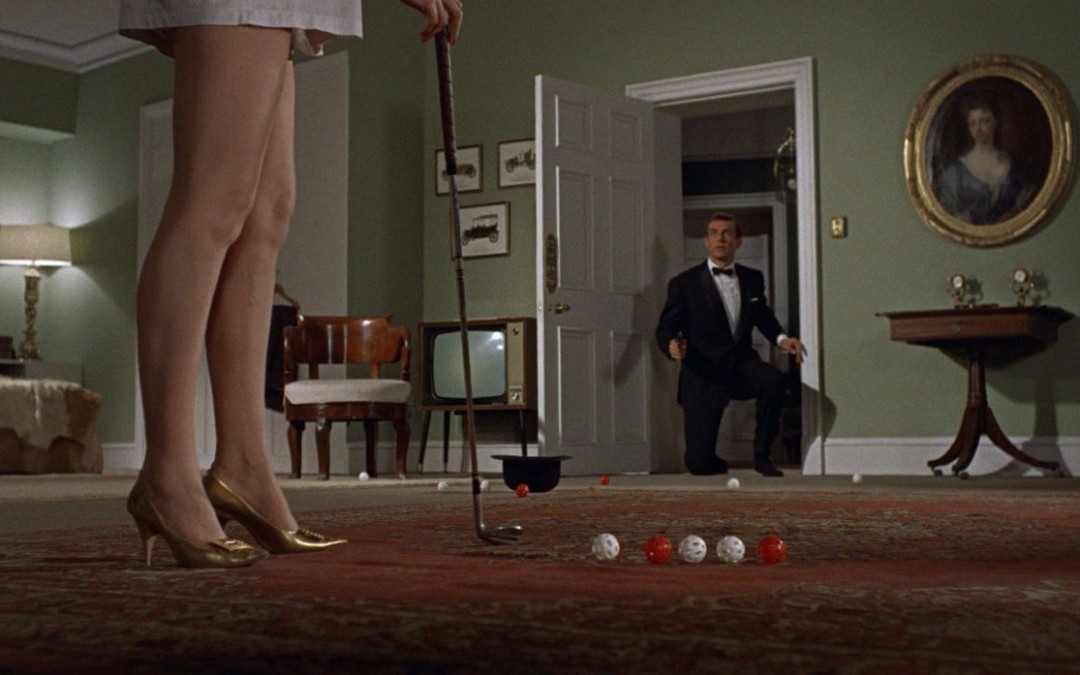 Dr. No and Adaptation: How a Giant Squid Defined James Bond

This is the director’s cut of my original essay about Dr. No. It has been enhanced for your reading pleasure. (Also, welcome #BeyondTheCover blogathonners!)

Of [In]human #Bond_age_ #1: Dr. No and Adaptation: How a Giant Squid Helped Define James Bond Adaptation is a tenuous, often thankless creative endeavor. A screenwriter’s given a pre-existing project, most often a book, and told to adapt a complex, multilayered narrative for the big screen. The result, by nature, is a comparatively brutish, SportsCenter highlight clip reel of the novelist’s original intent. If the screenwriter dares to make innovative choices to streamline the original work, she risks alienating the pre-existing fanbase that catalyzed the adaptation in the first place. Budget limitations, eccentric actors, demanding studio heads also insert themselves into the equation, more often than not further limiting creativity. Screenwriter Charlie Kaufman wrote and directed an entire movie about his tortured inability to adapt Susan Orleans’ The Orchid Thief into a feature film. Kaufman turns his character’s writer’s block into a quasi-thriller that blends fact with fiction and blurs the lines of reality. Charlie Kaufman is also one of only a handful of people in the entire business of moviemaking that would be given the creative freedom to combine adaptation and fabulist memoir in a wide release feature film.

To use a recent example of high-stakes adaptation (that resulted in far less hallucinatory delirium), consider the cinematic choices made at the beginning of the Harry Potter series. Consider how those choices carried on throughout the eight-movie cycle, the design of the Hogwarts castle, the casting choices for primary roles, the score, etc. With only a few exceptions director Christopher Columbus’ stylistic decisions in Harry Potter and the Sorcerer’s Stone remained throughout the seven-film cycle. Even though Harry Potter screenwriters defaulted to J.K. Rowling’s books as narrative blueprints whenever possible, the movies required concrete visual and aural choices to translate a book to the big screen. These are the images the mind’s eye filled in while reading the books. Nobody saw the same Hogwarts or the same Ronald Weasley, no matter how vividly Rowling’s prose conveyed the stuff of her imagination. END_OF_DOCUMENT_TOKEN_TO_BE_REPLACED