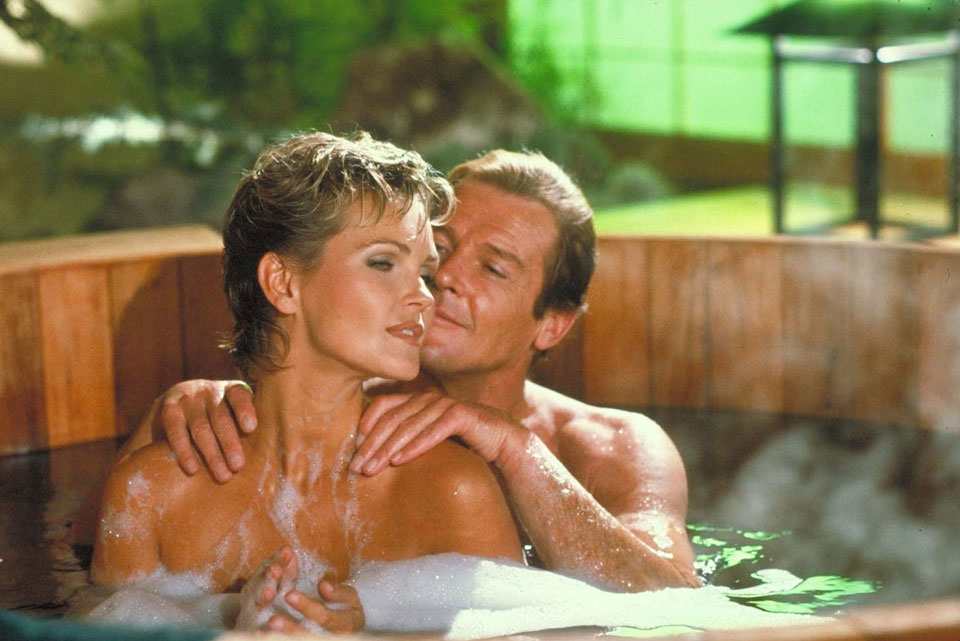 A View to a Kill: To the Brink and Back with AVTAK

This essay on A View to a Kill is the 14th in a 24-part series about the James Bond cinemas. I encourage everyone to comment and join in on an extended conversation about not only the films themselves, but cinematic trends, political and other external influences on the series’ tone and direction.

When I sought volunteers to write about their favorite Bond movies as part of the “My Favorite #Bond_age_” series, I received requests to write about all but four Bond movies. I never even needed to beg to get not only one, but two volunteers to write about their affection for Diamonds Are Forever (shocking). What was the first movie in chronological order that failed to find a proponent? A View to a Kill. Not even nostalgia could rescue it.  I didn’t necessarily find this surprising. It wasn’t like anyone was going to write about the killer Duran Duran music video instead of the 57-year old Roger Moore vehicle about which Moore even said in a 2007 interview “I was only about 400 years too old for the part.” Aside from Moore’s age, one might cite a bounty of various narrative missteps and curious creative decisions. Casting Tanya Roberts. The “California Girls” snowboard gag. Of the 23 official EON-produced James Bond films, A View to a Kill checks in with the lowest rating on Rottentomatoes.com at 36%. Roger Moore has made it clear that the film was his least favorite. Despite a number of stories about on-set difficulties corroborated by John Glen and other crewmembers, Moore won’t cite specifics (being the ultimate professional and gentleman) about his troubles with co-stars Roberts and Grace Jones. Taking into account its bad reputation and isolated buffoonery, A View to a Kill still offers plenty of fodder for discussion, not necessarily just criticism. Fish in a barrel and all that. This #Bond_age_ entry will be more about the progressive elements that ultimately flail and flounder, like Tanya Roberts from the Golden Gate Bridge. END_OF_DOCUMENT_TOKEN_TO_BE_REPLACED