It’s been a good long while since we’ve indulged in the eccentricities of Derek Flint. In fact, OUR MAN FLINT was the first non-Bond IMPOSTOR! we ever twattered. When considered options for our next IMPOSTOR! I tossed a few ideas out to the plebes. IN LIKE FLINT was the overwhelming choice for programming this week. Now. That said. If none of ya’ll show up for FLINT this tweek, I’m never listening to any of your requests ever again. I kid. (I don’t.)

If you’ve never seen a Flint movie, don’t worry about continuity with OUR MAN FLINT. Nevertheless I encourage you to watch OUR MAN FLINT because it’s spectacular fun and essential for any fan of the genre. Though Flint often riffs on the James Bond success, it never succumbs to the temptations of full parody. There’s a wink and a nod and then each film becomes its very own animal. James Coburn can do no wrong as far as I’m concerned.

Join #Bond_age_ for the IN LIKE FLINT Live Tweet on Wednesday, August 5th @ 9pm ET. We’ll provide an embed to the movie right here on #Bond_age_. Follow the #Bond_age_ hashtag. 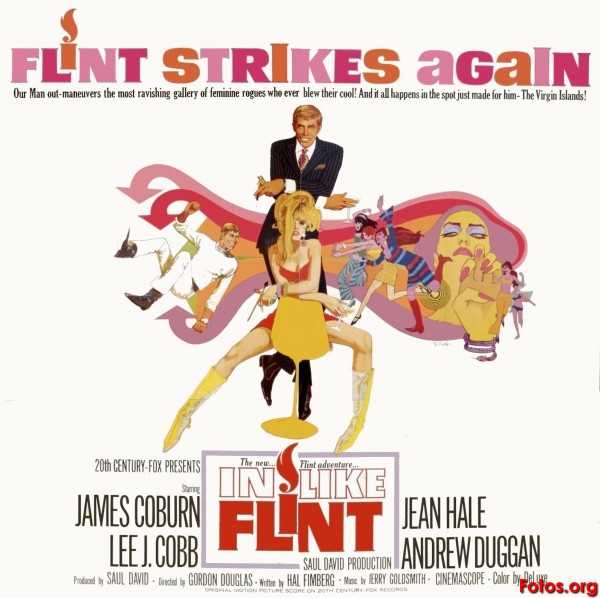 Finally, here’s the trailer because you can never get enough of the phone ring tone: