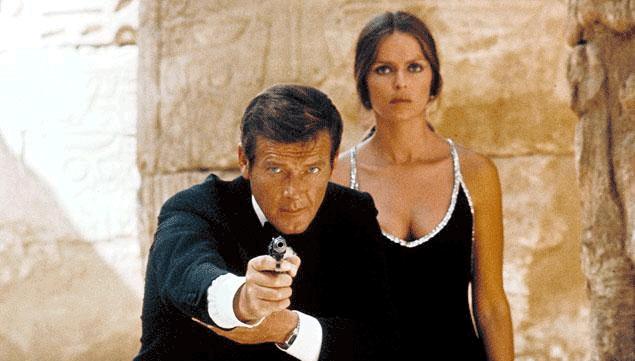 I’ve decided to entitle my love letter to an awkward as hell hashtag with one that is equally unusual. A tag that is perhaps somewhat indecipherable by anyone that has never joined me in a #Bond_age_ livetweet. Allow me to explain.

When I first discovered #Bond_age_, it was in its infancy. Jay Patrick was still using tumblr to post his essays. Being in the throws of my initial rekindling of my love for all things Bond, Tumblr was (and still is) the natural habitat for the fan that wished to go from the realm of casual interest into the territory of the true obsessive. I was ready. I was RIPE. Jay wrote his essays with a certain level of literacy that was lacking in most articles about Bond outside of conventional sources for film critique. When I discovered that Jay was hosting a livetweet for my favourite Bond film, The Spy Who Loved Me, also known around these parts as #TSWLM, I decided to join.

I was welcomed immediately and warmly. Jay was a great host and the other tweeters were smart and funny. They had clearly been familiar with my favourite television series, Mystery Science Theater 3000. I had found my people. During my first livetweet, I decided to coin my own hashtag: #HoorayForSexism. It was to annotate my own observations about the light-hearted and casual misogyny in an equally nonchalant way. At the time, my tweets probably seemed casual, too, but I must admit that it was also a bit of a litmus test.

Even though plenty of ladies were to be found in Bond movies, women in the fandom that celebrates all things 007 were (and still are) uncommon. Mainly due to the misogyny I (a woman) was mocking. Yet, rather than be ostracized and labeled as an uptight feminazi I’m sure I would have been in other circles, my lighthearted riffing was not only embraced, but encouraged.

This was the quality, above all else, that made #Bond_age_ stand out to me as a community. My contributions were taken seriously. It was the first time I felt that I had found a space where I could be blunt and honest about my opinions on not just Bond, but on any film. #HoorayForSexism became one of the very first #bond_age_ memes. It became as much a part of our vernacular as “the peppers,” #PartyMoore and #pewpewpew that was born in #Moonraker a week later. It was the dawn of #Bond_age_ as it’s known today. The fact that there was an entire podcast dedicated to #Bond_age_ memes alone speaks volumes about its effectiveness as a community and the subcultural aspects that naturally evolved due to dedicated member involvement. We were the goth kids, the punk rockers, the ravers and v a p o r w a v e r s of Bond fandom at large.

Naturally, with #Bond_age_ Grand Poobah Jay being a savvy sort, these memes started to permeate his original series of essays for all of the Bond films. The tweets started to shape the meatier and more intellectual content of #Bond_age_. Like all good comedy, the jokes lent themselves to the genesis of a greater conversation. The “My Favourite #Bond_age_” Series was born and regular #Bond_age_ tweeters were promoted to essayists, myself included. Being the High Priestess of all things Roger Moore, I wrote two pro-Party Moore articles for the series – one for my previously mentioned favourite #TSWLM and one for For Your Eyes Only, aka #FYEO. Each of the writers got to host (or co-host) their own livetweet for each film they wrote for. Then once #Bond_age_Pod came into production, myself and others took the lead in conversation more often than not. #Bond_age_TV content has very little content and input from Jay at all, especially my own spinoff series for The Prisoner. The fact that Jay allowed other members of #Bond_age_ to have their stage time was really telling. Like all good leaders, he knew when to step back and let others take charge and speak their mind.

On a personal level, writing those two My Favourite #Bond_age_ essays (along with my article on Patrick McGoohan and Danger Man) was extremely gratifying to me, as they were the first serious pieces of film writing I’d penned since film school. It gave me a new outlet for others — Bond fan, Prisoner fan and layperson alike — to see my writing. Other people, other WOMEN in particular, became interested in the spy genre because #Bond_age_ provided me with a satellite to transmit my passion. It fostered growth, confidence and even job opportunities and professional networking in my personal life. That’s right, I’ve made ACTUAL MONEY because of #Bond_age_.

Most importantly, though, #Bond_age_ has enriched and forged friendships new and old. If it weren’t for my discovery of #Bond_age_, I would have never met or befriended people like #Bond_age_TV cohort Greg McCambley, the other wonderful #Bond_age_ regulars, Aaron Reynolds of Bat Labels and Swear Trek and countless other people known in the Comic Book and Entertainment industries. These relationships have played an integral part in my development as an individual and made my life better.

But most important of all, I must extend my most sincere thanks to Jay Patrick. In the four years I’ve had the pleasure of your online acquaintance, you have been something of brother to me. Words cannot express how much I owe to you and your project. Thank you for always being there for me when I needed someone to talk to. Thank you for always taking me seriously. It means a lot to me as a woman and as a person. If we ever get a chance to meet in person, please don’t be surprised if I hug you so tightly you pass out.

Thank you for everything and #HoorayForBond_age_!