On Her Majesty’s Secret Service: This Never Happened To The Other Fellow 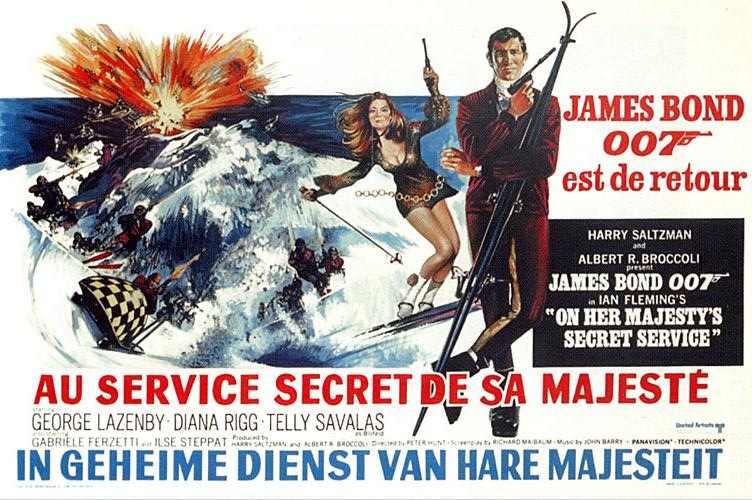 So here’s the thing, I love Sean. Sean is Bond. I didn’t grow up in the 80’s or 90’s with Dalton, Brosnan, Craig, and Dench. Moore is a poor man’s excuse for Bond. All ruffled tuxedo and demeanor. Moore is to Connery what New Coke is to Coke; sweeter and more generic. He’s the supermarket Kola you find when you’re looking for the real thing. Naturally I thought I’d write about Sean for this favorite Bond series. I thought about Goldfinger, From Russia With Love, and Dr. No immediately. Then I realized something. I didn’t own a single Bond film. Why was that? I thought about it and realized that for me, the entire series lacked depth. Bond played baccarat, cracked wise with arch-villains, bedded a bevy of beauties, and foiled the world domination plots of many while maintaining his poise and retaining his boutonniere. He never lost his cool because he wasn’t a real guy. Let’s face it – it’s hard to get excited about a cardboard cutout, even a really attractive one. Without depth and some vulnerability, all the ski chases and 11th hour bomb defusing came to naught. Bond seemed less superhuman and more subhuman. Then it hit me. Lazenby. The odd man out. On Her Majesty’s Secret Service. The answer to many a Bond trivia question. Lazenby fit the bill. George Lazenby was tall, dashing, an Australian male model with a smartass demeanor. This made him made him the perfect…er, replacement… for Connery back in 1969 and his film, the perfect vehicle. In On Her Majesty’s Secret Service we see Bond fight, ski, seduce, crack wise and even fall in love all set to a gorgeous John Barry score.

What appeals to me most about this film is the humanity it allows Bond to show. He still indulges in his usual Bond-ian vices, but something touches him. That something is the love of the beautiful Contessa Teresa di’Vicenzo played by Diana Rigg at the height of her 60’s Emma Peeliness. At first Bond thinks of Tracy, as he calls her, as a curiosity. She’s a depressed jet-setter who finds the globe-trotting and endless parties soul-crushingly empty. After having a fling with Tracy, Bond finds himself summoned to the home of Marc-Ange Draco, Tracy’s father, the head of an international crime syndicate, and all around mensch. He wants Bond to marry Tracy to settle her down and give her something to live for. Bond refuses until Draco hints he can help with the capture of Ernst Stavro Blofeld. This, by the way is another reason I like this film so much. Blofeld is by far the best Bond villain. I hear he even changes the litter box. But I digress… Bond agrees without actually agreeing to make a deal.

I won’t recap the entire film. It’s a long Bond (insert off-color joke here), but most of its 2 hour and 20 minute run time moves the plot forward and shows George Lazenby in a most flattering light. He does dashing quite well and looks equally at home in a tuxedo or on skis. When he finally succumbs and falls for Tracy, you believe it. His voice even changes tone when he speaks to her. There’s a gratuitous ‘falling in love’ sequence where I swear you can hear Roberta Flack for a second, but no matter. You believe the love story and get caught up in the lovers’ dreams of a future together. This makes the ending of On Her Majesty’s Secret Service and Bond’s comment to Tracy that ‘we have all the time in the world’ that much more poignant.

ON HER MAJESTY’S SECRET SERVICE STATS:

Kerry lives in the Boston area and spends half her time hearing,”Mom, not everything relates to a movie” and the other half relating everything to movies. She’d like to write more, but life gets in the way. You can find her on twitter @echidnabot 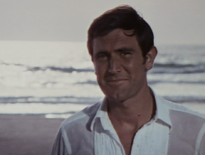