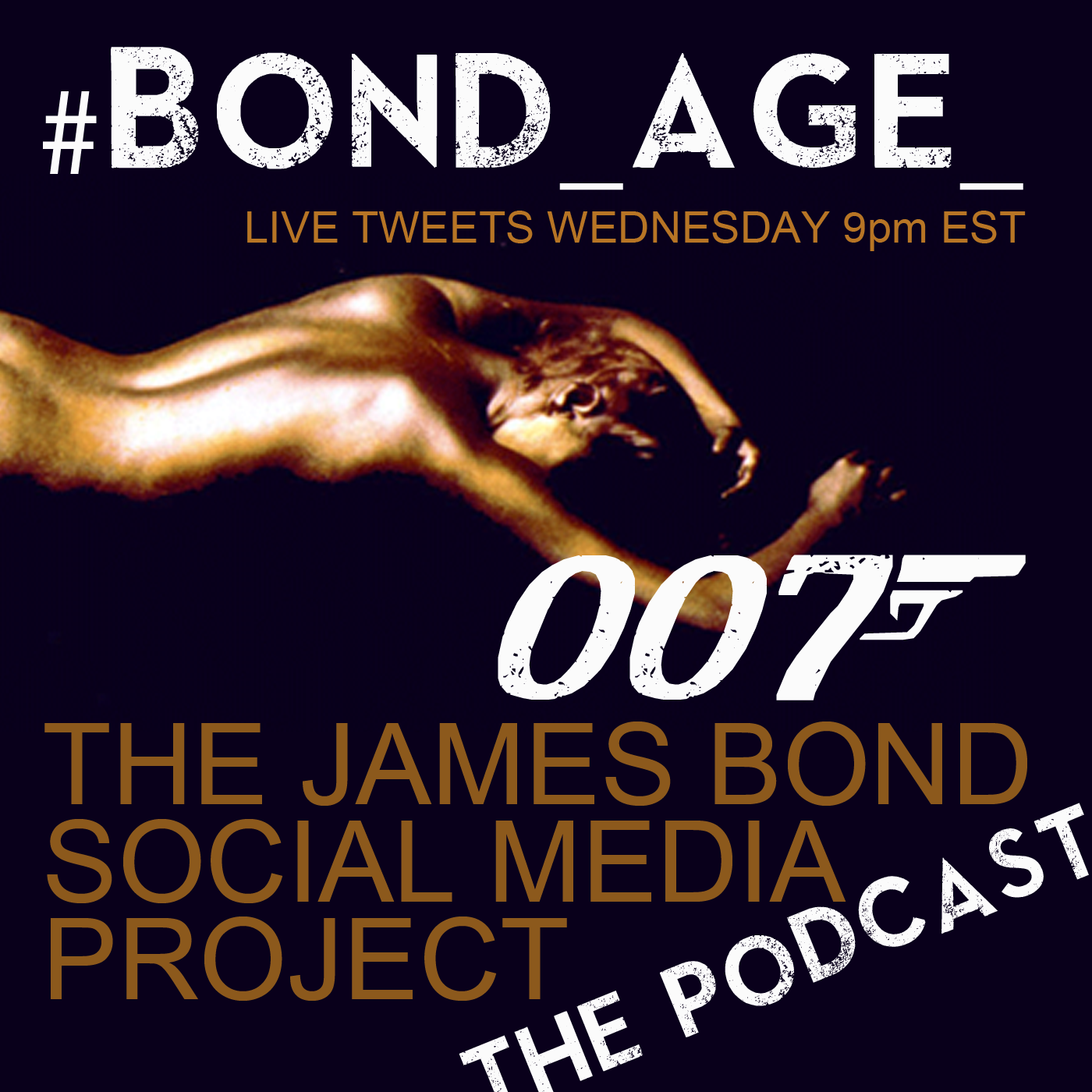 James (@007hertzrumble) and Keith (@theactualkeith) go toe to toe in a Best Bond Quotes Draft. 5 blurbs vs. 5 blurbs for global supremacy. Along the way, they hit all the essential topics. Potential podcast spinoffs like the “Green Smoothie_Pod” and the “Blender_Pod”. What each Bond has every morning for breakfast. We also play a variation on the Six Degrees of Kevin Bacon game that proves our mental acuity and stable of useless information. This leads us to discussing why we weep for our futures. And Top Gun. Because Top Gun is timeless.

Keith Bodayla (@theactualkeith), Podcast impresario and President of the Diamonds Are Forever fanclub.

James (@007hertzrumble), Krissy (@Krissy_Myers), Greg (@MisterGreggles) and Keith (@theactualkeith) try to put SPECTRE in some sort of historical context and take a final stand on all things SPECTRE. Souls are assuaged, bowels are purged, and Krissy sings the standards to make it all stop… FOR THE LOVE OF ALL THAT IS HOLY STOP! They also, as a warm up exercise, recast DIAMONDS ARE FOREVER with current, working actors. Teaser: John Waters directs and #Bond_age_ casts the first American-born James Bond.

James (@007hertzrumble), while practicing his stone-cold sober radio voice, hosts a gaggle of #Bond_age_ misanthropes who’ve submitted their own Bond-related gripes. In the spirit of Festivus, we’ll all air our grievances and then strip down for some feats of strength and see who can pin the host. Along the way we’ll hope for some miracles and moments of clarity. Thanks to all of our contributors and even those who had technical difficulties while recording and couldn’t save their audio files (you know who you are). A modicum of thanks to anyone that thought about participating but couldn’t quite find the time. A modicum of thanks is kind of like a participation trophy but even lesser.

Enjoy this brief, whirlwind episode before we get back to the heavy lifting with episode 15. If you have suggestions about topics you’d like discussed on the #Bond_age_Pod hit me up on Twitter with your suggestions. We’re taking any and all requests! Just please don’t request any more comments on Diamonds Are Forever.

Host segments originally recorded on January 14th, 2015. I can’t vouch for the rest of these lunatics.

Call for Submissions! The #Bond_age_Pod Festivus

Hello, #Bond_age_Pod listeners. We’ve been spewing forth our Bond prattle for two years now and quite frankly I don’t know why you haven’t put us on mute… especially after my tirade on the SPECTRE episode. I know we said we were going to revisit SPECTRE with clearer heads but first I want to do something new with the #Bond_age_Pod.

We want to hear you. And not just your Twatter bag tweets. In this wondrous age of digital advancement, you can all appear on the next #Bond_age_Pod.

For this very special episode I’m going to combine two of my favorite things, Seinfeld and James Bond, into one blissful aural cacophony. The #Bond_age_Pod Festivus Special will give you all the opportunity to publicly air your grievances — about James Bond, about the #Bond_age_Pod. Hell, in the spirit of Festivus, we’ll take all your tired, crotchety grievances. We’re goddamn giving. 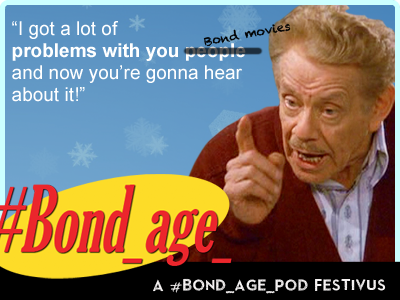 Here’s how it works:

Record your Festivus grievance in an audio file. You can use a voice recorder on your smartphone or Garage Band on your Mac or I don’t know what you people do with your PC’s anymore.

Once you put that recording in the can, send me the audio file at 007hertzrumble@gmail.com. 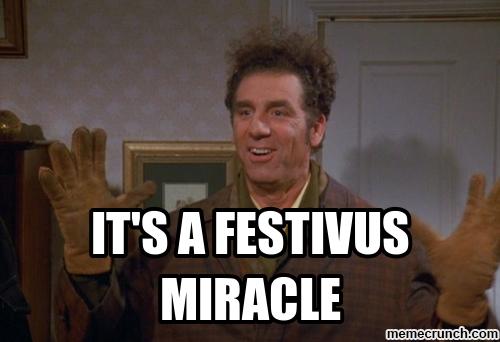 Sound good? You have until the end of the day on Christmas to send me your audio file for inclusion in the episode. I’ll edit the episode and post it sometime before the new year. Let’s rally the #Bond_age_ troops and make this a Festivus worthy of 53 years of James Bond. If you have any questions, feel free to shoot me an email. If you’d like to have a short Skype conversation with one of our hosts instead, we can arrange that in lieu of a solo recording. 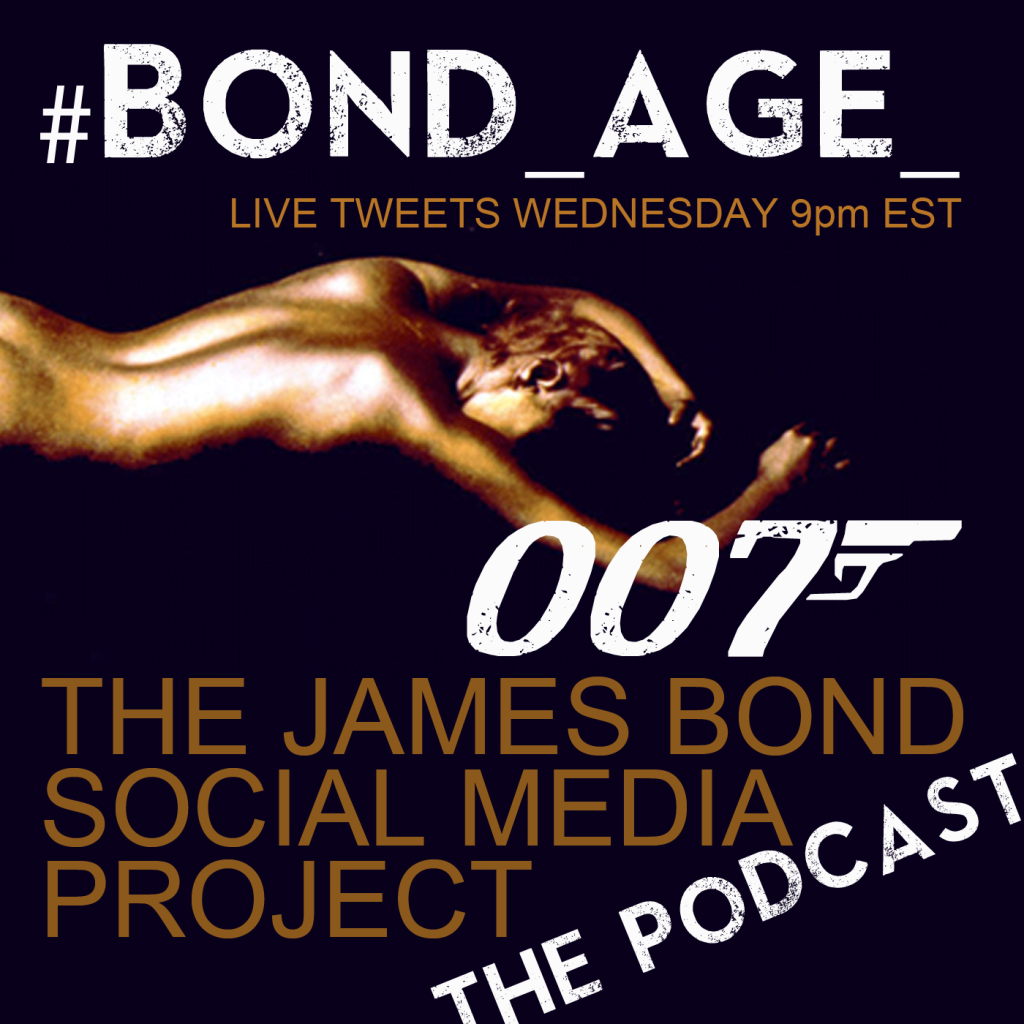 James (@007hertzrumble), Krissy (@Krissy_Myers), Greg (@MisterGreggles) and Keith (@TheActualKeith) have a completely civilized conversation about the 24th James Bond film, Spectre. And by civil I mean at least half of the talking people left the room at some point during the conversation, Jay gets yelly and calls Keith a “beacon of positivity,” Greg tries to play peacemaker while simultaneously disagreeing with everyone and Krissy goes audibly apoplectic. In other news, Keith discusses the origins of his father’s hairstyle, someone brings up Diamonds Are Forever again, and a listener compares Spectre to vanilla ice cream with chunks of arachnid. Just another day on the microphones at #Bond_age_ HQ.

Also, Bond goes back for the girl. He just does. 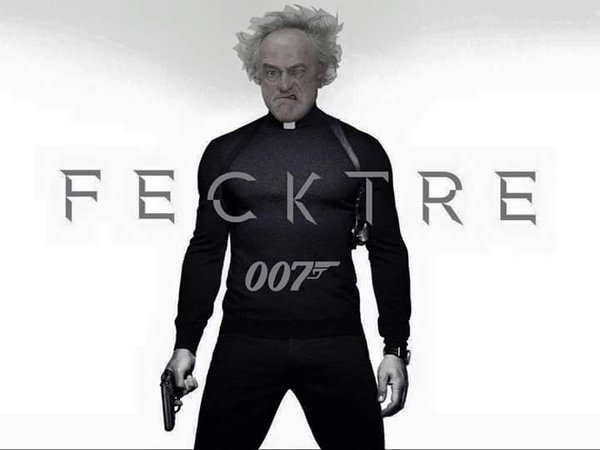 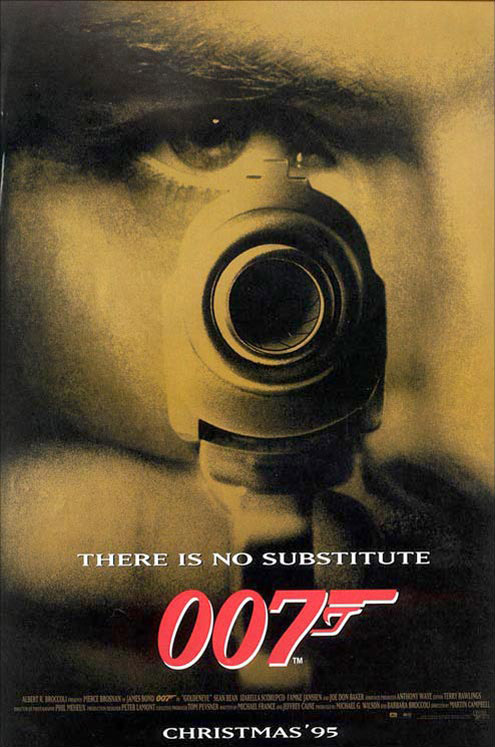 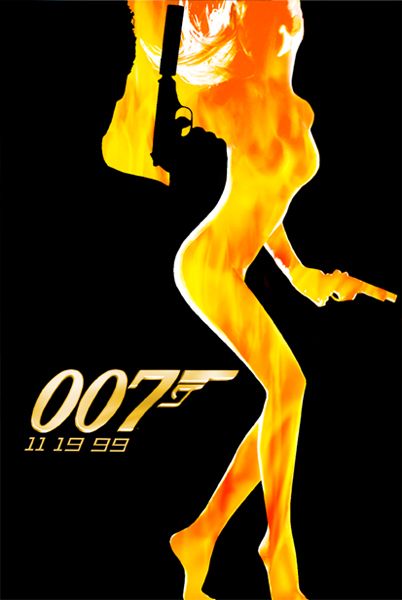 James (@007hertzrumble), Krissy (@Krissy_Myers) and Greg Sacademy (Sahadachny, aka @MisterGreggles) dissect the full-length SPECTRE trailer, dissect a herring, lament the lack of white Bond dinner jackets in Krissy’s lifetime, discuss the finer points of Bond pinball machines and dig into the roots of Greg’s teetotalism. They definitely do not mention Sam Smith or Batman. At all. Not even during the Twatterbag. And if you believe that, they’re also totally sober.

Unnamed music on the SPECTRE Trailer  – probably by Thomas Newman (How’s that for a credit?)
“Disappear” – INXS
“Writing’s On the Wall” – Sam Smith
“Reckoner” – Radiohead 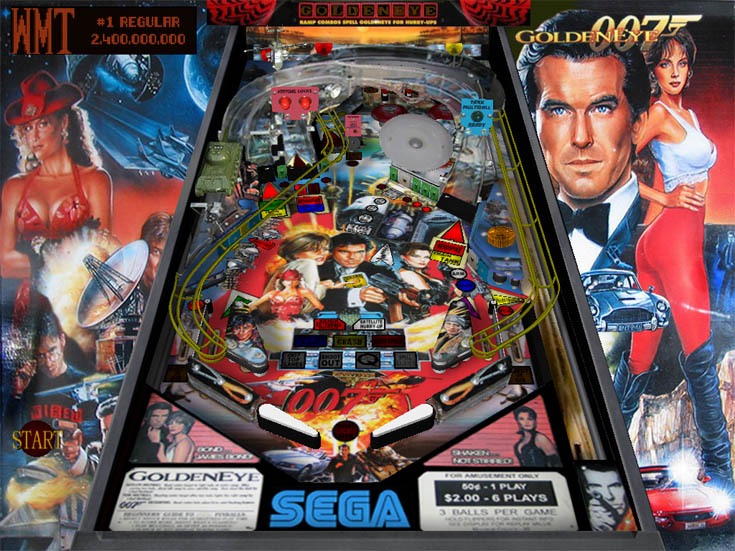